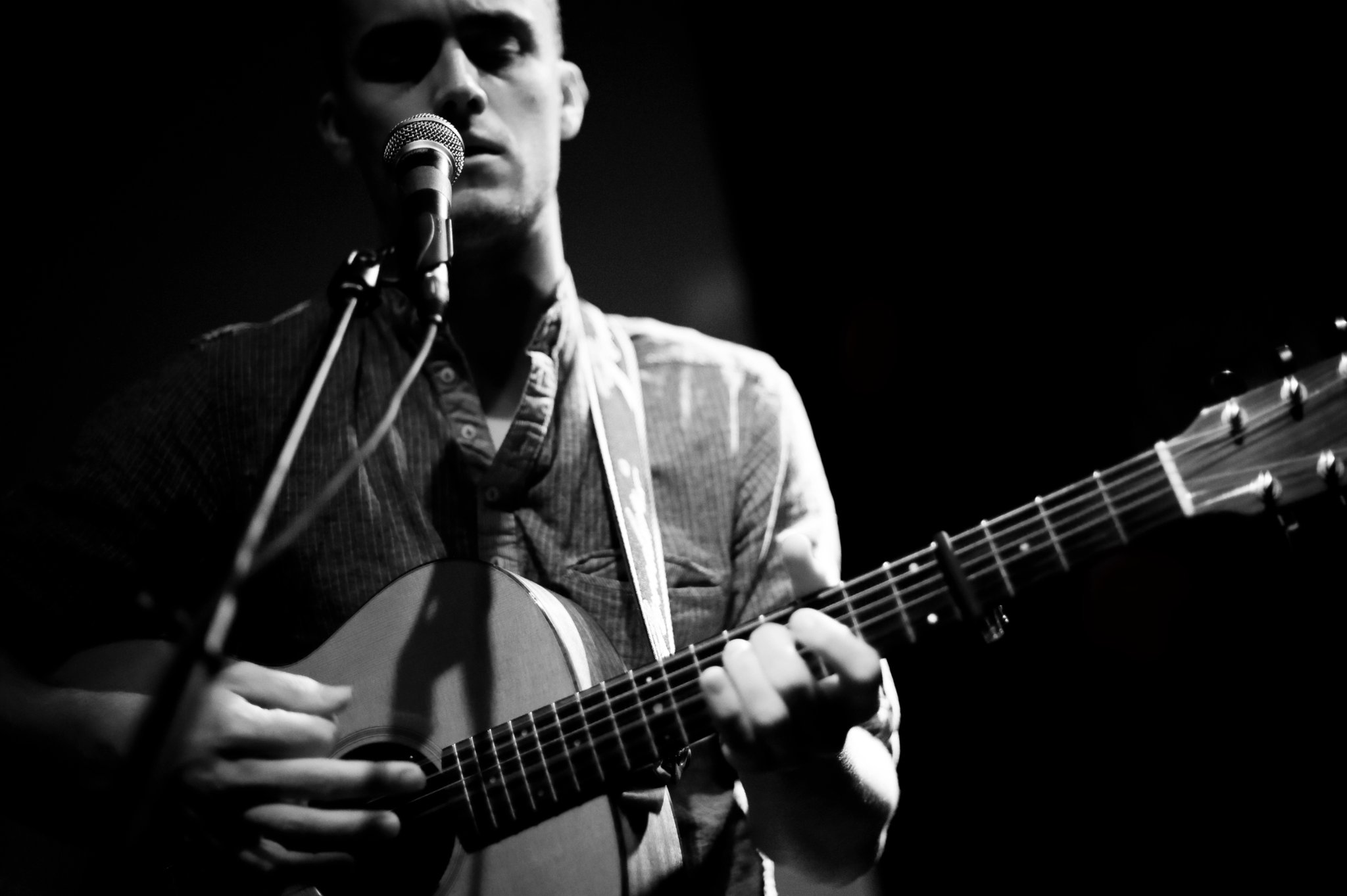 Glasswerk reporter Roisin Deady caught up with singer/songwriter Ryan Keen, ahead of his debut album release ‘Room For Light’ and new single ‘Old Scars’. Ryan’s captivating and intricate guitar style combines elements of folk and flamenco, while his soothing heartfelt vocals are delivered with such honesty. Having already collaborated with one of his musical inspirations, Newton Faulkner, Ryan chats about touring with Ed Sheeran and supporting Leona Lewis and Plan B, before he embarks upon his own headline UK tour.

Here’s what he had to say:

For our readers who maybe aren’t too familiar with your work, can you tell us a bit about how you got started?
I was born in South Devon and I’m currently living in London. I started playing the guitar when I was about 8, but it’s only been in the past two years that I’ve developed into a singer/songwriter. I was a bit old school in my approach. I sang in pubs, did open mic nights; anywhere that would have me really and it gradually progressed from there.

Who were your musical influences growing up that helped shape who you are as an artist today? Did you always want career in music?
I started playing guitar as a kid and learned different styles like flamenco and classical. I also listen to a lot of folk, so that’s very present in my music too. I listened to Newton Faulkner, John Martyn as well as early Chris Martin material. In terms of wanting to pursue music, I guess it was more of a recent decision. I lost a friend of mine a few years back and I guess that spurred me to just go for it. I’ve had to build up a lot of courage since to get to where I am today.

Your new single ‘Old Scars’ was released early on August 19th. I believe this track featured on your EP ‘Back To The Ocean’, but has since been reworked?
Yeah the release was pushed forward which is great, so it’s available now. The track originally started out as a project for duets with other singer/songwriters in my genre. Ed Sheeran originally featured on this track, but due to some issues with the label, it never went ahead. So I guess now was a good a time as any to rework it and give it new life. I was working with a brilliant mixing engineer called Dan Parry and he’s just been amazing.

The debut album ‘Room For Light’ is due out on September 23rd. Where did the title come from?
It’s a lyric from one of my songs ‘Skin and Bones’: “A Darker place has more room for light …” and it represents what my album is about really. I always try to write with optimism and look for the silver lining.

You mentioned your album was mixed by Dan Parry, who’s worked with artists such as Miles Kane, Adele & Lady Gaga. It must have been comforting having someone of that standard working on your debut release?
Yeah absolutely! Dan is wicked. I knew a bit about mixing, but as soon as Dan takes a track and works on it, it becomes something completely different and you can really hear the difference.

Was it a long process working on the album?
Yeah I suppose it was. It’s a mixture of material I’ve been working on from previous EP’s that have since been reworked and then of course some new tracks from today. So it spans from the last five years up to today. It was mainly produced in a garden shed with my producer Patrick Wood – so we spent many hours in there haha.

Already you’ve received a lot of support so early in your career e.g. Next Hype with Zane Lowe on Radio 1. It probably never gets old hearing your song on National Radio does it?
It was just surreal – It still doesn’t seem real. But yeah to have that level of support behind you is just amazing. I’ve had a few plays on Radio 1 now and each time it’s just crazy.

You’ve also toured extensively from small acoustic sessions to much bigger crowds, playing 200 shows the past 12 months. What do you miss being on the road?
Yeah I’ve been touring like crazy but I love being on the road and performing live. There’s nothing like it. So I guess I don’t really miss being away from home that much. Obviously touring can get tiring, but it’s about finding that balance.

You’ve shared the stage with artists such as Ben Howard, Lucy Rose and supported artists such as Plan B, Ed Sheeran and Leona Lewis. What’s been the most memorable performance to date?
The most memorable performance would have to be at the Royal Albert Hall – So many of my heroes have played on that stage so that was just a surreal experience. I tried actually not to think about that when I was on stage because it would have put me off otherwise. Haha

Speaking of Ed Sheeran, how did you meet? What was it like being on tour with him?
We met on the circuit gigging and at open mic nights. We gigged together at ‘Worlds End’ in Finsbury Park, which was run by one of my friends. Then everything kicked off for him with ‘A Team’. He’s a great guy and touring with him was an amazing experience.

I see you’ve quite the fan base online from Facebook, Twitter and Youtube. Do you think it’s important to build up that relationship with your fans online?
Absolutely, but I don’t think I’m too good at the social media thing. I do try and meet as many fans as I can, and stay behind after gigs to chat to them. As part of my upcoming tour, I plan on doing a cover song for each city I visit and I’ve asked fans to suggest some ideas. I just thought that would be a pretty different challenge so I’m sure there’ll be some curveball tracks in there – something you wouldn’t’ expect me to sing.

So what’s next for you?
I’m starting my headline UK tour ‘Room For Light’ on September 24th in Stoke On Trent with a big gig in London’s Scala on October 21st. Scala is actually where I first support Ed, so that’ll be a special gig to go back and headline. Gavin James is supporting me on the UK tour and then I’m supporting him for his Irish tour.

Do you’ve any advice for any upcoming singer songwriters?
Just to keep going, keep writing and gigging.

Do you think YouTube is a good place to start?
Yeah absolutely, YouTube has launched so many careers these days so it’s a great platform for any upcoming singer/songwriters.

What are you listening to at the moment and do you’ve any new music tips?
I’d recommend Sam Brookes. I just got his album last week and it’s brilliant. At the moment I’m listening to Jacob banks, J Cole and James Blake ‘Retrospective’.