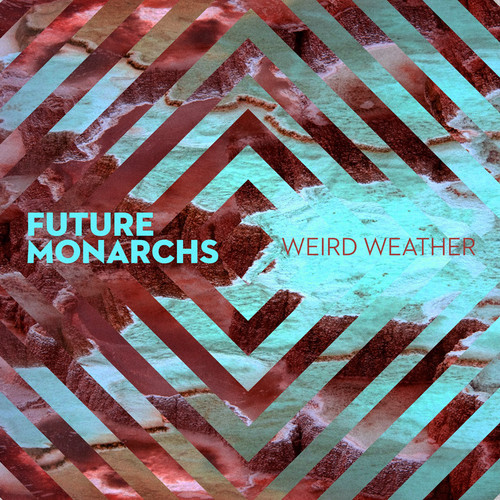 Historically speaking, Chicago has always had an eclectic and thriving music scene. From its early blues days to its more recent flood of alt-rock, it has never failed to produce the pioneers of the alternative scene. No doubt, Chicago-raised indie rockers ‘Future Monarchs‘ have a lot to live up to, but they certainly give it their best shot.

‘Weird Weather’, their first EP, was released in early 2012; and it exceeds all expectations of a band that have only been in existence for 2 years.

Merging influences of the 60’s, blues, folk and indie rock, their guitar tones, string orchestras and gang vocals are instantly familiar. However, the incorporation of electronic sounds and pop-hooks create a modern-yet-original twist. This EP has a relaxed, upbeat festival feel, with a melancholy edge which immediately sets it apart.

The EP opens with one of their best songs – Evil Art, which immediately captivates your attention. Instrumentally speaking, it stays true to their indie-rock roots, focusing on the catchy guitar-riffs and unforgettable melody. However, as the EP progresses, it is clear that there is more to this band. From the blues piano chords and dance synthesisers in Bells to surf-rock 60’s inspired Landslide, this band has covered it all. They have even managed to fit in a lullaby-style ballad, Lydia, which is filled with light arpeggios and strings. Although arguably, whilst being a beautifully composed track, it is by no means a closing track to this EP – purely due the strength of some of the earlier tracks.

Overall, Weird Weather is a strong EP which contains more than one single– Bells, My Old Ways and Evil Art to be exact. Arguably, there are a multitude of different styles which can be slightly distracting for a listener of such a short EP, but as a first release, it gives the audience a good overall feel for what the band are stylistically capable of. With lyrics relating to everyday life and catchy melodies, this band makes for great summer easy listening with elements which will appeal to fans of all genres. It will be interesting to see how ‘Future Monarchs’ follow up on this release, but they will definitely be one to watch out for.