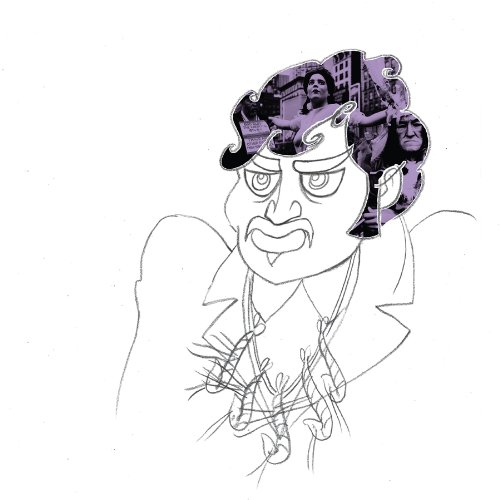 King Khan And The Shriners – Idle No More

King Khan And The Shrines isn’t so much a group as an eleven person psychedelic rock-soul big band revue. The cult act has been around for ten years, producing several studio albums and compilation packages, as well as completing numerous tours and spectacular festival appearances. Now after a six year recording hiatus they are back with new album Idle No More. Mixing political lyrics, some lovely guitar work and featuring great soul sax throughout, the album is powerful and moving yet also optimistic and downright fun.

The album’s title comes from the name of a Canadian movement that seeks to promote environmental causes and the rights of indigenous peoples including First Nations and other aboriginal groups. King Khan (Arish Ahmad Khan) was born in Montreal to an Indo-Canadian family, and although he has resided in Germany for many years now, the cause is clearly important to him.

The album has a very strong opening. Born To Die begins with a great guitar riff leading off an apocalyptic rock song about war and the threat to the entire human species. Some lovely sax work gives a softer edge to what is a dark and portentous song. Bite My Tongue, the first single to be taken from the album, continues the political theme, a more soulful track with an infectious chorus telling of attempts to silence those who fight for change. And then Thorn In Her Pride gives us an environmental anthem that asks for mother earth to be respected.

Not all of the songs cover such weighty matters; some appear more personal that geopolitical. Luckiest Man is autobiographical, talking of Khan’s past breakdown while Pray For Lil is an ode to his wife. The exuberant So Wild and fast paced Bad Boy, which again features lovely guitar work, are both tributes to close friends who have died.

Of the rest, two tracks stand out. Another with a political focus, Yes I Can’t is an ironic take on the Obama administration and the closest to an out and out rock song on the album. Guitar led with a great bass line, this one hurtles along apace. The passionate Darkness is slower and Khan signs in a higher register of the darkness within us all, and the fight we have to tame it. This one has real depth and the struggle is portrayed with real feeling.

Idle No More is a very good album, full of energy and overflowing with great soul hooks. The passionate vocals, deep lyrics, fine guitar work and lovely sax and horn playing come together nicely. There is an old school soul feel to much of the album, but also a rock energy that gives it a harder edge.