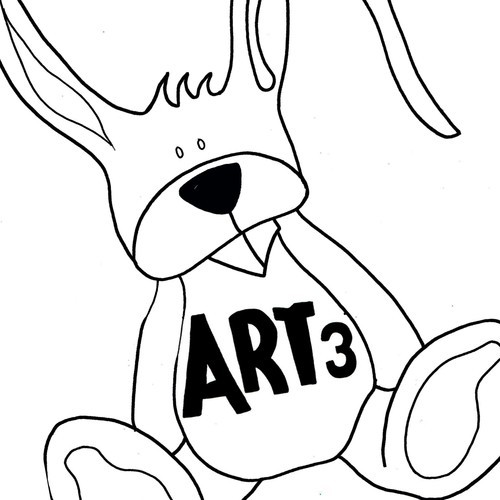 Alice And The Rampant Trio – ART3

Like acoustic folk/ rock music? Admire melodic sounds backing powerful female vocals? Love good solid emotional songwriting? Then this is an album you must hear. Alice And The Rampant Trio (ART3 for short) are an up and coming Scottish band who only formed last year but are already making a big name for themselves. And this excellent debut album will see a growing reputation build even further.

The band is led by Alice Challiner (vocals & guitar) whose combination with Nicola Fraser (vocals) gives a powerful focus to the music. Ian Angles (bass) and Jezz Alexander (drums) provide great backing and it all comes together rather nicely in the nine original songs that make up the album.

The band’s male/ female mix and their acoustic yet dark and sometimes sexually charged songs make Fleetwood Mac comparisons inevitable. Now let’s face it, there are many worse bands to be compared to. But ART3 are by no means imitators, they have their own musical style. The songs are well written and dynamic, the performances are powerful with the bass and drums playing a key role and the lead vocals stand out as Alice Challiner combines a powerful voice with a lovely delicacy of phrasing.

Find My Own Way is a real stand out. Challiner is in defiant mood as she asserts her individuality in strong terms. Lyrically the song s beautifully constructed and the passionate rendition here does it full justice. This is perhaps the closest to a rock song on the album and it works very well. Rain Down On Me is also very good, a song with a quicker tempo as the acoustic guitar and drums drive a lovely pop tinged song forward in fine style. This one is radio friendly and definitely single material.

Another fine track Take Somebody Home opens the album beautifully. Slow and intense, combining feelings of longing and desire with a sassy attitude, the song smokes and smoulders over a strong bass line. And its final phase sees the pace steadily increase as Challiner howls her way melodically to the climax. Did I mention the sexually charged songs yet? Body Sweat is another strong and passionate track combining pounding rhythm and suggestive lyrics to great effect. Stream Train, the album’s closer, also has an alluring feel, the tale of a tempress who will not be denied.

The pairing of slower tracks, Satellite and Is The Light Still On are powerful, if a little one paced. Old Streets starts with a relaxed and reflective air and builds into a solid track with some nice guitar work prominent. Orange Moon drops the pace, but the intensity is dialled up as the drums create a potent rhythm for a gentle and atmospheric love song.

This is a confident and well put together debut album from a band who clearly have a great deal of talent. Their songwriting is mature and passionate and the well co-ordinated musical approach brings them to life with real style. Alice And The Rampant Trio is clearly a name to take note of – there are big things to come for them.