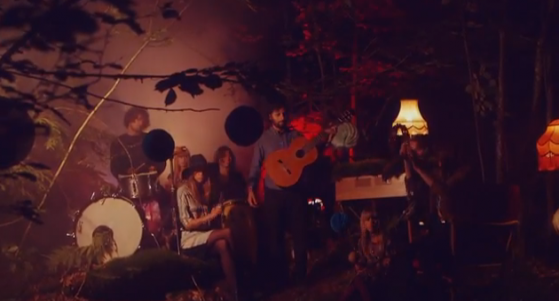 Junip have shared their dazzling new video for ‘Walking Lightly’, the title-track taken from their upcoming EP, which will be released on September the 16th through City Slang.

The new video comes as the band embark on their UK leg of their European tour tomorrow.

Shot in the woods of Jonsered, just outside Gothenburg, Sweden the video features Junip playing surrounded only by nature and their nearest & dearest.