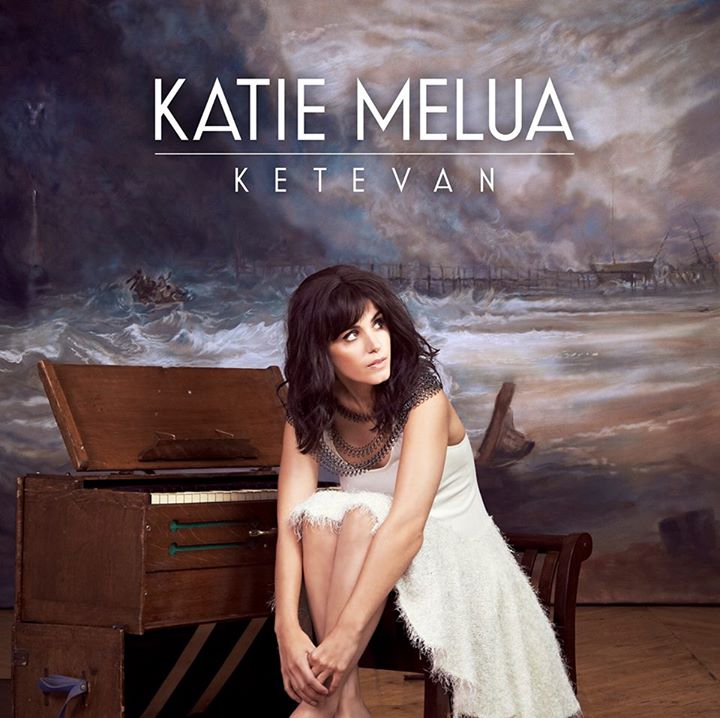 It’s now ten years since Katie Melua’s debut album Call Off The Search introduced us to a nineteen year old Georgian born and British raised singer with a quite exquisite voice. Ketevan, Melua’s Georgian birth name, is the sixth release of her career, and this lovely collection of eleven new songs showcases her vocal talents very well.

The album was produced by long time songwriting partner Mike Batt and his son Luke, with Melua also involved in the writing process. There is a confidence to the album that shows a mature and experienced performer who is in control and knows how to produce songs that suit her strong and expressive vocals.

The album opens well with the slow and heartbreaking piano led Never Felt Less Like Dancing. It’s a beautiful song and Melua’s voice is low, dripping with regret, yet occasionally soaring to hit the big notes perfectly. Another gentle song, Love Is A Silent Thief, has a very different feel. It’s like a slow blues song but the lyrics have a jazzy feel that expresses the occasional frustrations of being in love perfectly. The Love I’m Frightened Of is similar, with the vocals perhaps a little more mellow, perfectly smooth and reflective.

But there are also faster paced songs on the album too. Shiver And Shake has a lovely blues vibe. The guitar is more prominent here and Melua’s strong vocals have a sultry air that delights. Mad Mad Men is another big song with a faster tempo and it works well. And the haunting Where Does The Ocean Go could be a traditional folk song, delightfully delicate in places.

Idiot School is very different. Humorous lyrics, a ukulele and a clarinet combine on a jazzy track that is delivered in deadpan style. Musically it is very simple but the performance lifts it to a different level, and it acts as a contrast to the deep emotions portrayed on most tracks.

The album’s final two songs fit together very well to give it a very strong finish. I Never Fall returns to the gentler piano focus that allows Melua’s voice space to expand to its expressive best. Then the closing I Will Be There, the album’s first single, has such a sense of strength, the big chorus swelling and growing in symphonic style.

Ketevan is a beautiful album, and its variety allows Katie Melua to show what a fine singer she is. The slow and emotional songs are performed with sincerity and feeling, yet the faster tracks are also well done. It would be difficult to find a greater contrast than the lovely Never Felt Less Like Dancing and the bluesy Shiver And Shake, the album’s two best songs. But Melua sings them both perfectly.