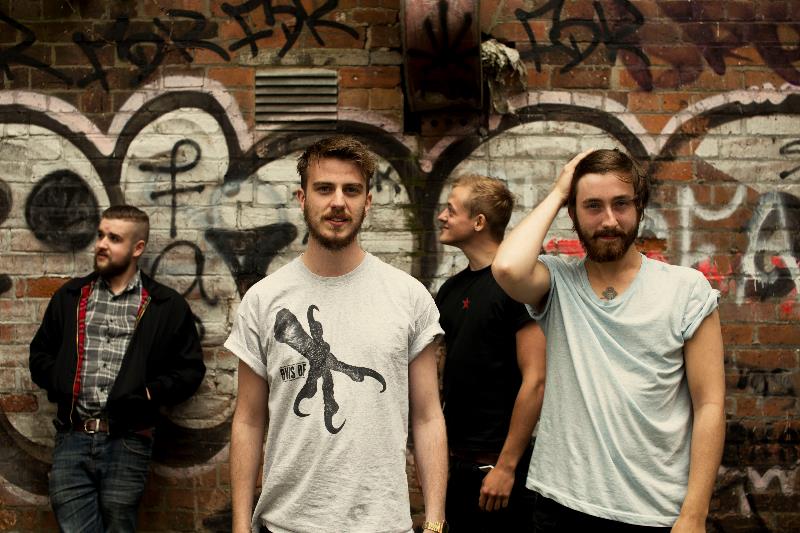 Belfast, Northern Ireland based alt-punks More Than Conqueror‘s have released the video for their latest single ‘Pits of Old’.

Filmed and directed by Jonny Stitt, the video was shot in a coal yard in the Belfast docks at 2AM unbeknown to any of the dock workers. The black and white treatment, together with the location made the perfect scene to mirror the dark imagery of the song.

“We chewed up each other’s ideas and collectively spit them out to sound like MTC…We wouldn’t be a band if it wasn’t for acts like SixStarHotel and Panama Kings,” drummer Jamie Neish points out. “Those bands meant a lot to us early on, they gave us the confidence to do our own thing.”

“We love being in the studio and we love writing, but there’s nothing better than watching an audience sing along to something we’ve created,” says Platt. “We’re just singing songs, trying to be honest and hoping to find common ground with the people listening.“

More Than Conquerors’ debut album ‘Everything I’ve Learnt’ is set for release on Smalltown America on 30th September.