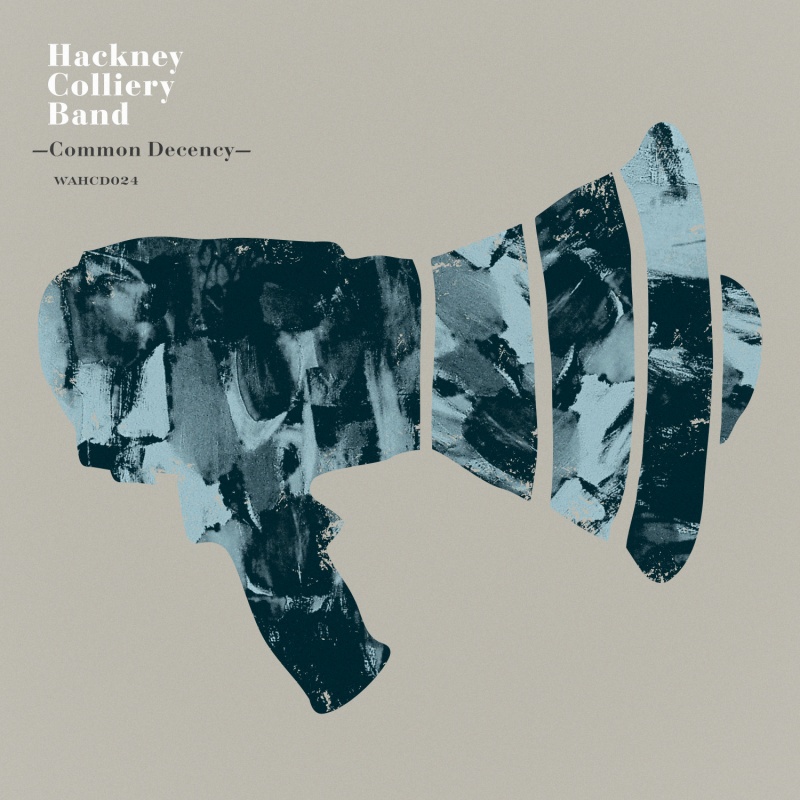 The summer of 2012 and all of the negative energies and grumbles of washed out summers that typify us British have been erased by the sun drenched positivity and pride that arrived with Jubilee celebrations and stuck around as our over analysed and over debated Olympics finally took hold.

It was the summer of 2012 that I discovered Hackney Colliery Band, and near enough couldn’t escape them at times. With a fuzzy head after birthday celebrations, I travelled the DLR to the newly opened London Pleasure Gardens, and as i walk in a crowd has gathered round a brass band, the vibe is casual, they almost look as if they are busking here, the mood is playful and engaging, and the music… hang on… what is that they’re playing?

Those that stumble upon Hackney Colliery Band in a similar situation to mine with have no doubt done the same cartoon style double-take, the sound is stunningly colloquial, a strange throwback that is as much an indulgence as it is a curiosity. Yes, this is a brass band, yes, with trumpets and trombones and other instruments I may be able to name after adequate research… but what is that they’re playing?

To base a review purely on the merits of their cover versions would be poor form indeed, new album Common Decency sees to that, but those that are paying attention to this band are surely doing so after hearing hip-hop melded with a good old British sense of fun, and when I perched my bum on the grass in front of a stage in Victoria Park for an Olympic celebration of Sports and Music, surely those that booked Hackney Colliery Band must have thought the same.

The beauty of the album is that it isn’t just a covers album, unique original material is abound, and for those unfamiliar with the source material it is sometimes difficult to discern which is which, making this flighty and joyous rumble of brass and rebellious behaviour a joy to revel in.

I won’t lie to you, at live outings and on record, Kanye West’s pompous and already mammoth sounding All Of The Lights takes on a majestic incarnation when being blasted out by brass horns, it is my favourite track by a country mile and just the thought of it sends a shiver up my spine and a smile across my lips. Empire State of Mind by Jay -Z/Alicia Keys is a magnificent reinterpretation and the closing Prodigy medley is bloody good fun, but Smile for The Webcam and You Got What I Need also hold their own against the easy lure of recording the songs of others and watching fans flock to you.

And as the summer seemed to be signalled that it was time to wind things up with the Olympic Closing Ceremony, and BBC newscasters walking around the stadium talk about and hint at the sights we may see coming up later, who is that I can hear in the background, performing as a precursor to the main event, its only that Hackney Colliery Band again?!?

With good reason have they found so many new acolytes along their musical journey, this is enthralling feelgood music that would fit in at village fêtes as perfectly as it would at trendy Shoreditch nightspots, if there is one thing that is universal, it is fun, and as the summer of 2013 draws in, I’ve got good reason to believe that Hackney Colliery Band should be the perfect soundtrack to every summer.