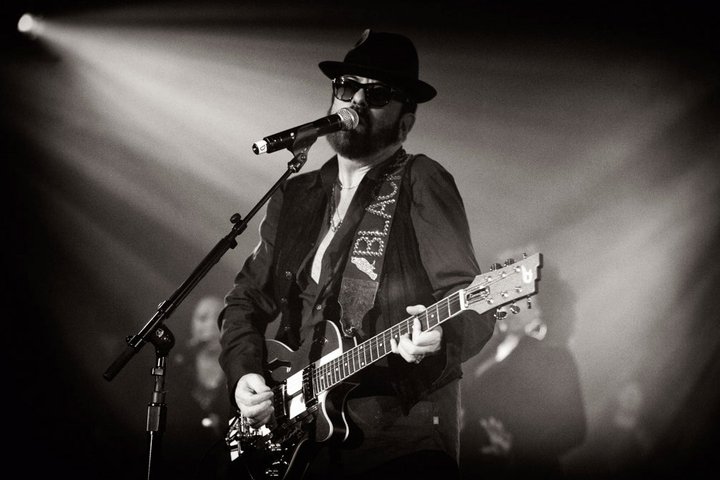 ‘Lucky Numbers’ is the third album in three years for the self-declared “The Ringmaster General” after last year’s release of the same name and 2011’s ‘The Blackbird Diaries’. For ‘Lucky Numbers’, the singer, songwriter and guitarist assembled the same team of Nashville’s finest that were on his previous two albums, although instead of working in co-producer/engineer John McBride’s Nashville studio, Stewart shifted the recording sessions to a boat in the South Pacific.

“I wanted to do something a little different this time, so I invited the band to join me on an adventure to the South Pacific,” says Stewart, who also co-produced the album. “Where we could record with nobody else around, floating around on the sea. It was like parachuting into Oz. We were fish out of water. We were out 12 days, but we were actually only sober enough to record for three or four.”

“The two worlds collide in the most beautiful way,” says Stewart. “I’m singing one thing in my mind, and they’re playing something completely different, but it works.”