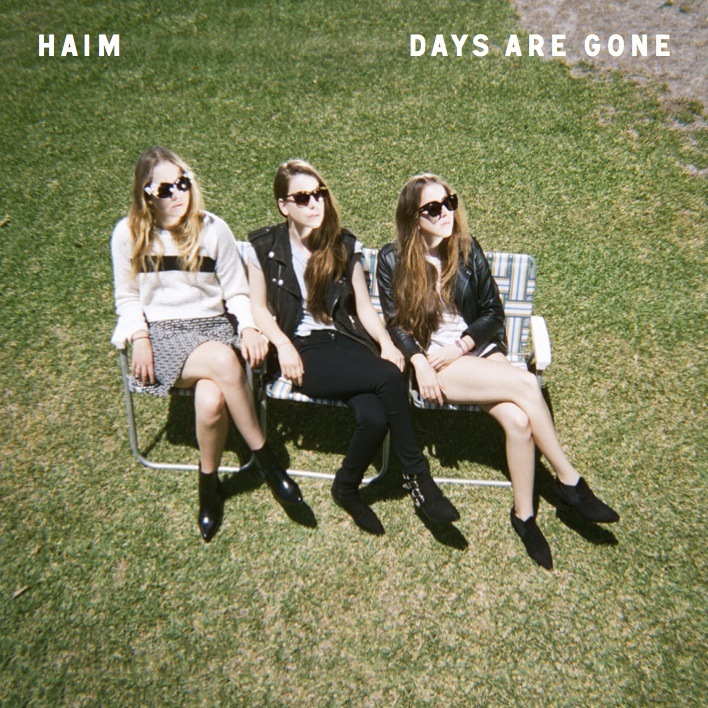 LA sister-trio Haim are the kind of band that you want to hate so very much. Heaped with praise and over-hyped to within an inch of their lives, there’s no way they could possibly live up to it. They’re setting themselves up for a fall at the final hurdle with the album release. You can feel it coming. Resentment boils over in your veins. You press play.

Shit. They’re actually really good. This isn’t fair. This isn’t supposed to happen. You watched them on Jools Holland and at Reading and Leeds festival and couldn’t stand them. The gurning gyrations of Este Haim’s bass face are so over the top that she’s become a parody of Alan Partridge’s air-bass rendition of Gary Numan’s “Music For Chameleons” in his mobile home. How can this be acceptable?

The honest truth is that this album is fantastic and no amount of bitter music-journo curmudgeon-ing can really argue otherwise. Putting an intriguingly contemporary twist on the classic folk-rock sound of Fleetwood Mac, ‘Days Are Gone’ is both an exercise in great song writing and accomplished musicianship. Their musical diversity continues apace as the album progresses, hints of Billy Swan’s classic ‘I Can Help’ shine through in the melody and phrasing of hit single ‘The Wire’ that show an understanding of what makes a classic hit. Elsewhere the production shimmers and jingles á la all good 90’s R’n’B and there’s even a fuzzed up bass line that echoes the hair-raising arpeggiated synth in Neneh Cherrie’s ‘Buffalo Stance’.

It’s not all retro re-hash though, as proven on ‘My Song 5’ which bizarrely sounds like a Justin Timberlake cover performed by Jack White and produced by Jay-Z. This is, of course, not a bad thing in the slightest and quakes with intensity and an incredibly fresh sound. Elsewhere on ‘Go Slow’ a nod of the head to the sounds of Burial and FourTet adds to this melting pot of ideas with some astonishingly fresh and sparse production that allows the strength of the songwriting and vocal harmonies to stand alone.

Like all of the best new music, it’s their magpie-like collection of ideas and influences from a plethora of genres that makes Haim so intriguing on record. Packed with single-worthy tracks that chime and twinkle alluringly like the soundtrack to a 90’s secondary school disco, you can’t help but fall in love with the charmingly dated kitsch-ness that pervades this album. In the same way that the mighty Mac’s smash album Rumours has survived the test of time and passed down as many a family’s classic, Haim have managed to craft a sense of emotional attachment into these tracks that tickles something in the memory and plants an unshakable false familiarity.

‘Days Are Gone’ is almost certainly destined to go down as a classic, which isn’t something we say easily or often about any release. Haim, we want to hate you, but we can’t. You’re just too damn good.