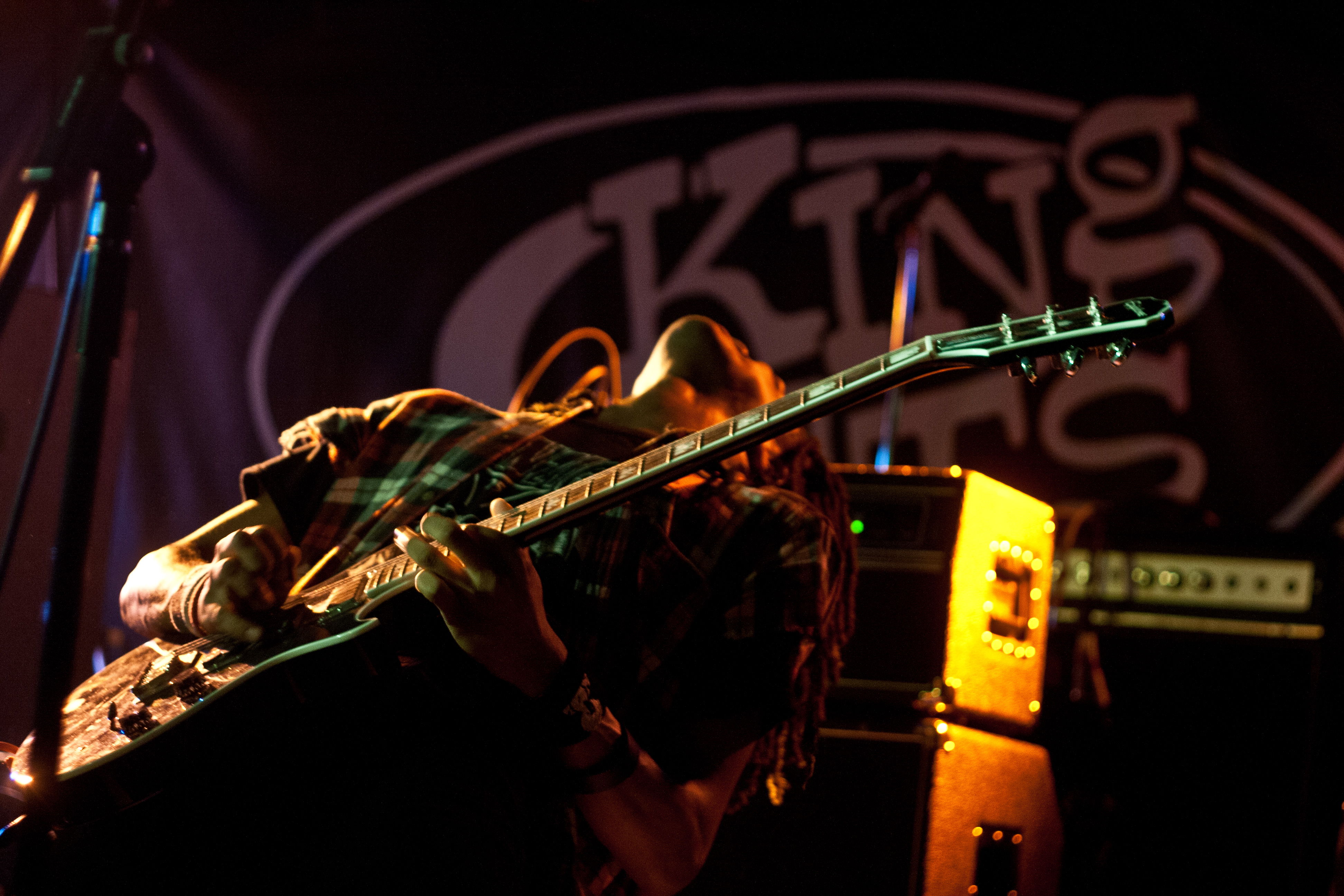 Radkey made their first Scottish appearance last night, and the trio of brothers from Minnesota thrilled a capacity crowd with an exciting and powerful performance. Playing in support of another brother act, Sheffield duo Drenge, the Radkes’ blend of punk attitude, grunge sounds and hard rocking live showmanship was very well received by an appreciative audience.

Local boys Blindfolds opened the night with an equally committed and exciting performance. The young Glasgow band has a rock sound that mixes blues and rock n roll influences and they are building a good reputation as a live band. A large early evening crowd was there to watch and they were treated to a typically rousing set that included a lovely instrumental opening, the fine forthcoming single Lucid and fan favourite Columbus to close in style. Blindfolds are a dynamic and thrilling live band and their powerful music got the night off to a very good start.

Radkey play fast and loud, and their enjoyment at the crowd’s reaction was clear to see. The three brothers are aged between 15 and 19, with Dee Radke on guitar and vocals, Isaak Radke on bass and vocals and Solomon Radke on drums. Yet there is a maturity to their songwriting and their live performance that belies their youth. Their set was full of power and energy but with plenty of finesse too, particularly in the expressive vocals and in Dee’s incendiary guitar solos.

Eight tracks were played in a half hour set that seemed to be over in no time. Out In My Head from the band’s debut EP opened the set at an incredible pace. Little Man from the soon to be released second EP was also very strong. Cat And Mouse was bass heavy with Dee’s deep vocals dominant while Red Letter featured some massive drum rolls from Solomon. At times the sound was so big that you really had to check to see that there were only three musicians on the stage.

N.I.G.G.A. (Not OK), an anti racist anthem based on the brothers’ experiences was potent and angry with a real punk style energy and building to a frenetic climax. And the closing Romance Dawn saw the showmanship taken to a new level with Isaak playing while lying on his back and some superb guitar hero poses and licks from Dee.

The King Tut’s audience pressed forward during the set, loving the blend of hard rocking music and stylish performance. And the applause at the end was as loud as I have heard for a support act. But Radkey deserved every clap and every cheer. Their youthful energy and sheer raw talent will make them welcome visitors any time they return to Glasgow.