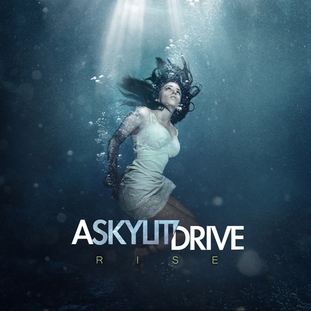 ‘Rise’ sees A Skylit Drive taking a step up from their previous two releases by making it a much more accessible sound. After ‘Wires…And The Concept Of Breathing’ held such promise, many have said that ‘Adelphia’ and ‘Identity On Fire’ missed the mark. Now, their fourth release makes the first step towards the kind of band that A Skylit Drive can be.

Far from perfect, but the difference between ‘Rise’ and the other album is seen instantly. This difference is in Mike Jagmin’s voice; forever singing in higher octaves than most can handle, his change to a slightly lower has favoured the band immensely. Adding to this that Brian White’s unclean vocals are now used more as background than foreground, the entire sound of ‘Rise’ is much more mature than we’ve come to expect from A Skylit Drive.

The title track leads the fray as the first single released, and sets the tone for the album as a whole, while also sounding the closest to anything they’ve released before. A go between track, but not quite the best on offer.

Songs like opening track “Save Me Tragedy”, “Crash Down” and “Just Stay” are what make the album worthwhile, particularly the latter. Jagmin’s voice sounding so much better here than we’ve heard before, this is A Skylit Drive to get used to.

Other tracks to keep an eye on include album closer “Dreaming In Blue” and “Wide Awake” make this metalcore album one of the first steps that A Skylit Drive are taking to genuinely compete with the heads of their respective scene, as emotive as we can expect from the five piece.

An altogether less restricted sound, ‘Rise’ sees A Skylit Drive opening their arms to a greater fan base, and greater critical acclaim. Back on the road they need to be on, never has an album had a more apt title.

Download: Just Stay, Crash Down, Wide Awake, Save Me Tragedy