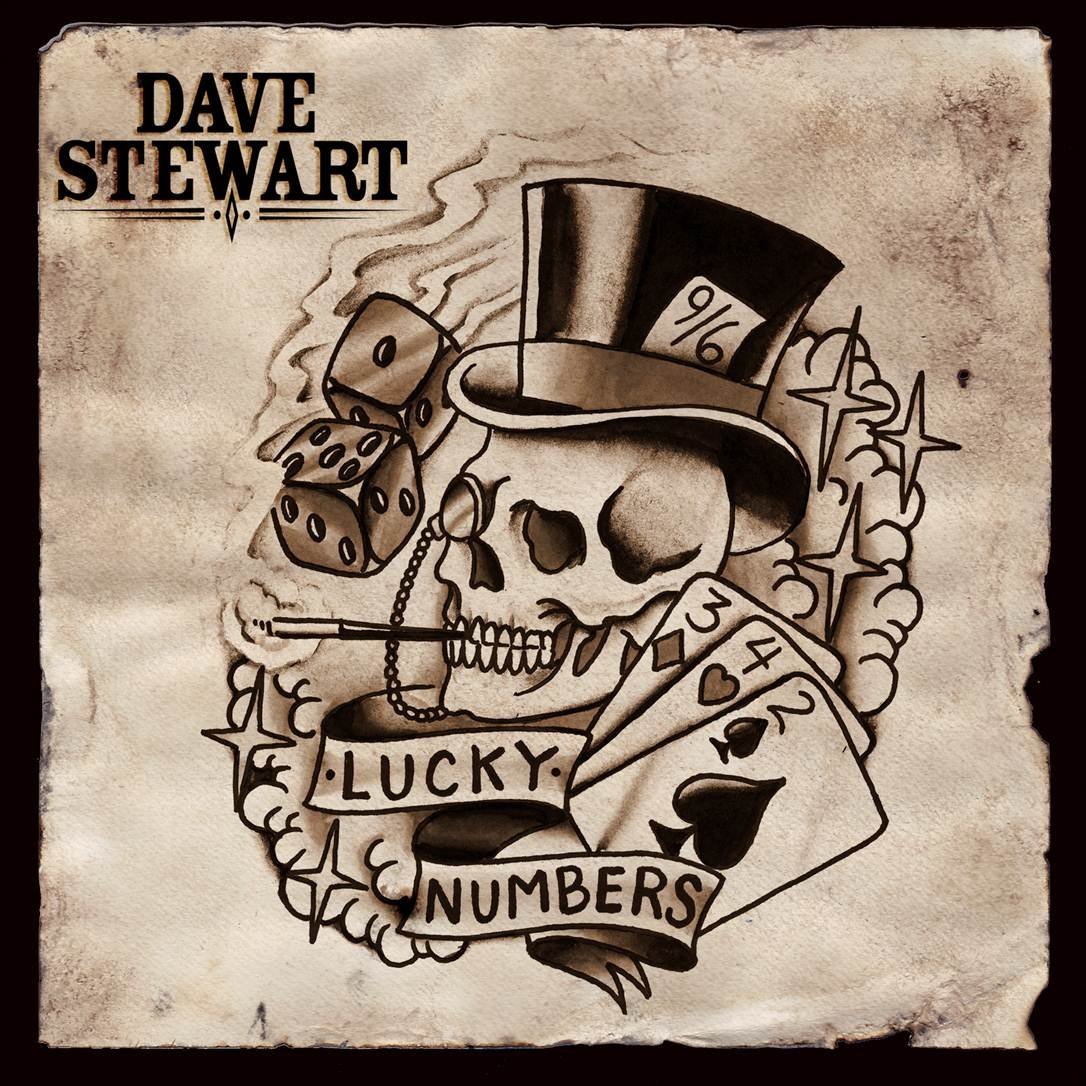 The excellent Lucky Numbers can be seen as the third in a trilogy of outstanding solo albums from Dave Stewart. Following on from 2011’s The Blackbird Diaries and 2012’s The Ringmaster General, it takes a similar approach by fusing rock, blues and country music and recruiting a fine cast of musicians that includes several great female singers to counterpoint Stewart’s low and powerful voice. The songwriting is as good as ever and the production is lively and exciting – although this time around Stewart eschewed Nashville for a recording studio on a boat in the South Pacific. Well, why not?

Much of the album has a tender feel, its blues inspired songs slow and heartfelt. Opening track and lead single Every Single Night is gentle and passionate and Martina McBride’s vocals work well alongside Stewart. The obviously autobiographical Drugs Taught Me A Lesson has a similar feel before the retro vibe of the darkly humorous How To Ruin A Romance and the beautiful piano led lament What’ s Wrong with Me. Australian singer Vanessa Amorosi features on these three tracks and The Ringmaster’s Choir adds a soulful feel,

Satellite has more of a rock feel with some fine guitar work backing Stewart’s reverb heavy vocals. Why Can’t We Be Friends slows the pace again for an acoustic track that has a tender edge. You And I is a real standout, a lovely track featuring Broadway star Laura Michelle Kelly and violinist Ann Marie Calhoun on an emotional song with massive scope.

The ending of the album is very strong. Nashville Snow, an exquisite slow duet with Karen Elson, is the first touch of country on the album. The heartbreaking take of a relationship’s end, this one is another highlight with its emotional lyrics and superb vocal combinations. Never Met A Woman Like You also has a country feel, this time a faster paced and celebratory track. One Step Too Far adds an electric guitar riff to the pedal steel to give a good country rocker. And the closing title track Lucky Numbers ends the album on a high, a clever gambling themed song with a strong bass line to back Stewart’s powerful vocals.

This is another very good solo album from a man who knows exactly how to make high quality music. While there are similarities to Dave Stewart’s last two releases it is certainly not formulaic. Rather, Stewart uses a similar approach to create new music, mixing several influences to craft an exciting new set of songs. And long may he continue in this fine vein of form.