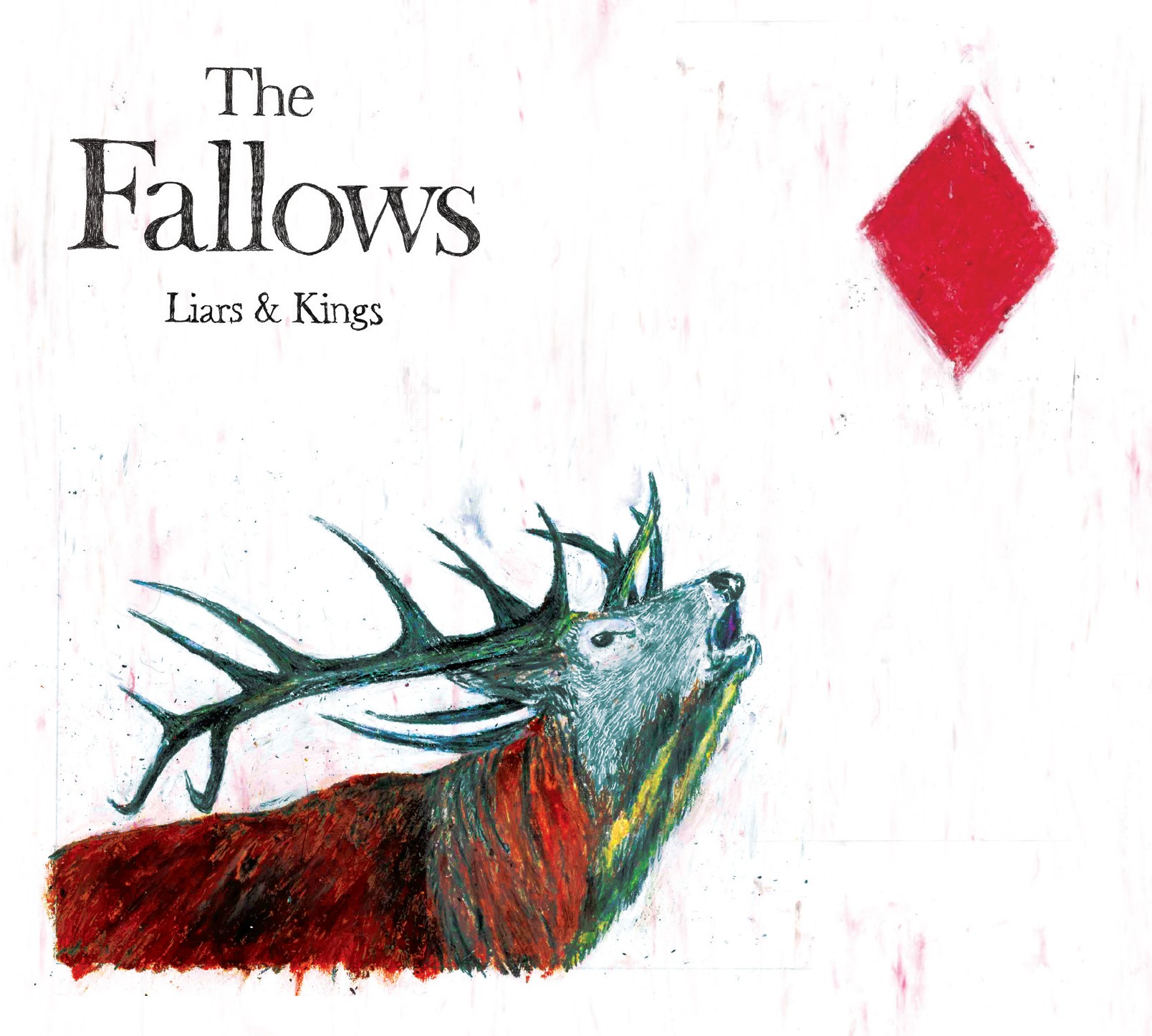 The Fallows – Liars And Kings

Coventry indie folk band The Fallows return with second album Liars and Kings, and its lively and exciting blend of Celtic folk and rock marks them out as a band who can cross genres while making excellent music. Following on from the well received 2012 debut Face The Wolves, the album’s melodic sound has an occasional harder edge and offers up ten stylish and well written songs.

The Fallows formed in 2010 as a duo with Ross Darby, on vocals and guitar, and Pete Rutherford on keys and guitar. Sam Stokes on bass and Neal Pointon on fiddle were soon recruited and the line up has recently been completed by drummer Ciaran Corkerry. Darby’s deep and powerful vocals sits on top of a lively folk sound while a solid rhythm section brings a rock attitude to the music.

The fine title track Liars & Kings opens the album strongly with a burst of folk music before the vocals come in over a solid drum beat, instantly adding a rock feel. Fast paced and using a folk melody along with a rock beat, this could be the archetypical Fallows track. English Winter has a warm feel, its slower sections allowing the vocals to stand out. I’ll Let You Know is softer, opening with an acoustic guitar and then seeing fast drumming drive the track together with a fine bass line.

Red has a dramatic feel, the fiddle and keyboards creating an insistent melody and the French sung chorus giving it a continental air. The album’s first single Run Like A Dog is a lovely delicate softer track with a folk guitar sound. With lead vocal duties taken by Rutherford here the sound is a little different, but it still works well. Cast The First Stone has the feel of an Irish ballad and Darby’s passionate vocals are strong over a heavy drum beat. Kerry Girl retains the Irish theme, this one a quite beautiful love song with a slow tempo and a simple sound.

Washed Out is the tongue in cheek tale of the band’s experiences with festivals being cancelled due to summer rain. The humour comes through clearly in what is becoming a live favourite. Broken Glass starts slowly before the pace picks up and a great instrumental jam ends the track. And the closing Stamping Their Feet ends the album perfectly, a tale of dreams and ambitions that soars in fine fashion.

This is a very good album that basically doesn’t have a weak track. There is plenty of variety and some great musicianship on show in the fast paced folk/ rock sound that the band have developed. The Fallows are clearly a band to watch.