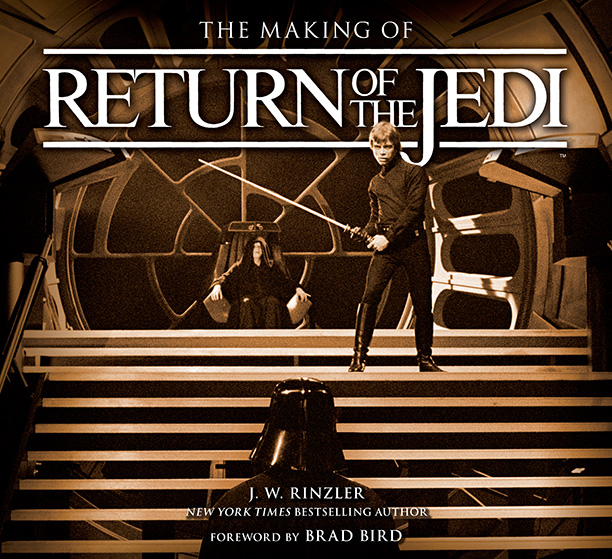 The Making Of Return Of The Jedi Review

Always thought as the lesser sibling of two classics from the original trilogy, Return of the Jedi has not been above getting a bit of a critical bashing from time to time, but more to the point it is all too often dismissed easily. This is where retrospectives come in handy, because film’s are all too often worth a second look.

30 years after the original release and we now get this 360 page volume that seeks to unturn ever pebble along the way of its multiple year making of background. There is a loving forward by Brad Bird who brings things right up to date and beyond the sale of Lucasfilm to Disney.

The Jedi history stretches right back to 1979 on location scouts and plunges past the release of Empire. As expected the book is loaded with stills, photos, sketches and storyboards. Whether it is the designs of Jabba and critters or vehicles (Death Star II model is very impressive), or the grand visual paintings of the outer space battles, the research for this volume is tip top. A highlight of the book is the original script insertions from various scenes. An interesting one has the ghost of Obi-Wan and the Emperor commentating  as Luke and Vadar face off.

There is also a log of various conversations with key members of the crew pertaining to key issues in the script like why Ben didn’t tell Luke about his father; the title of the film; and the fate of certain characters as well as vehicles.

The book charts every step of the way, and chronologically we end up with not just the release and various poster campaigns, but also the aftermath of the film.