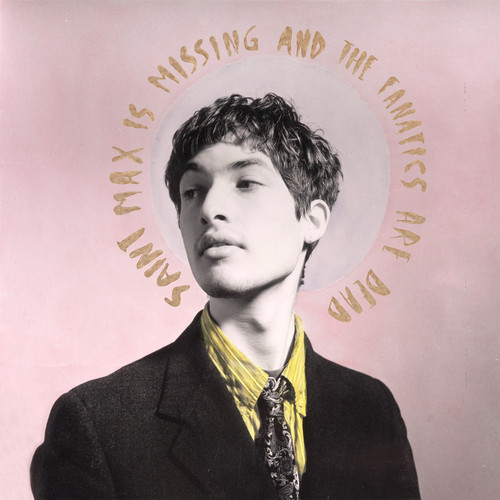 As debut albums go, this is definitely one to make you sit up and take notice. Full of fast paced and exuberant music that mixes indie guitars and sumptuous horns behind humorous lyrics, it is both good fun and great listening. It’s punky without the anger, poppy without the saccharine. And occasionally the excellent song writing serves up moments of profound observation that betray a sharp mind behind the big and sometimes chaotic production.

Nineteen year old Max Syed-Tollan and his band have a sound that defies classification, and that is always a good thing. Beginning with a Morriconi style western motif and a burst of mariachi trumpets, the album’s eleven tracks go on to show influences running from rock to ska and reggae. But the overall effect is of a band leader who knows exactly what he wants, and who has surrounded himself with musicians who can make it happen.

The first three tracks of the album are very good. Lead single Soul Surrender opens in frenzied style, the strong vocals over trumpet and guitars working well. Afraid Of Love follows, the teenage angst finding release through a series of wails and shrieks. And then A Life Worth Living heads off into pop territory with a catchy track that offers up a cynical commentary on modern life that shouldn’t work with its upbeat sound – but somehow it does.

There are several other good songs on offer too. Let Em Have Sunshine could be Madness on speed. Fast paced and joyous, the ska sound is boisterous and led by a lovely horn riff as the vocals soar effortlessly, the high notes hit with ease. It’s a perfect summer song. Glasgow builds from a skiffle drum beat with a big guitar sound and there might even by a xylophone in the mix too. It’s eclectic and fun, and captures the energy of the big city perfectly.

Conduit has a more rocking sound, the piano matching the horns with its solid melody. And a pair of slower songs late on offer a real contrast to much of the album. Sadsong is a tender ode to love lost while She Sings A Lovely Lullaby is soft and wistful. And the closing acoustic Book Review acts as a lovely conclusion to a very good album with its simple melody.

Saint Max and the Fanatics have only been making music together for a year or so, and it is testament to their talents that they have created such an assured debut album so quickly. The wide mix of musical influences leads to an unusual sound that displays a great deal of energy while also allowing subtle touches of lyrical beauty to shine. All in all it’s an excellent first album from a fine young band.