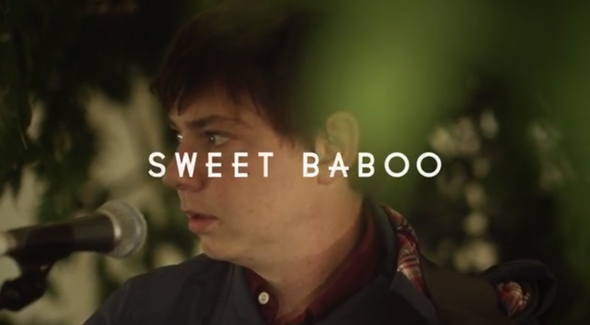 Ahead of his EP release ‘Motorhome Songs’, Sweet Baboo shares a rendition of Motorhome which he performed earlier this year at Green Man Festival. ‘Motorhome’ is a rich acoustic version of the EP lead track ‘Motoring Home’.

Sweet Baboo can also announce on the live front that he’ll have Icelandic musucian Ólöf Arnalds support him at the Islington Assembly Hall, London date of his upcoming tour.

Due for release on 11th November through Moshi Moshi, the EP is the soundtrack to a fictional road trip Black made with his family earlier this summer. The EP will be released as a limited 12” vinyl and digital download.

‘Motorhome Songs’ plots the journey from Sweet Baboo’s home in Cardiff to the countryside in Northumberland – the aforementioned beach is the spectacular spot at Bamburgh Castle – before the adventure ends and it’s time to head home again. Black imagined the soundtrack being broadcast as a BBC documentary from the early 80s – scheduled between Tomorrow’s World and a Roger Moore Bond film – a documentary that wouldn’t be shown on TV anymore. The music was made with this in mind; Wings and Traveling Wilburys were the main inspiration for the songs and The Radiophonic Workshop for the incidental music.

Sweet Baboo’s ‘Ships’ was recently nominated for the Welsh Music Prize 2013 (his second nomination) and will be heading out on a full headline UK tour in November. To complement the tour, a free live album download from Black’s solo show at St. Pancras Old Church earlier this year will be given away with every ticket purchase. The exclusive free download includes acoustic versions of tracks from ‘Ships’ as well as brand new, unreleased songs. Visit http://www.musicglue.com/sweetbaboo/ for your ticket and free download.