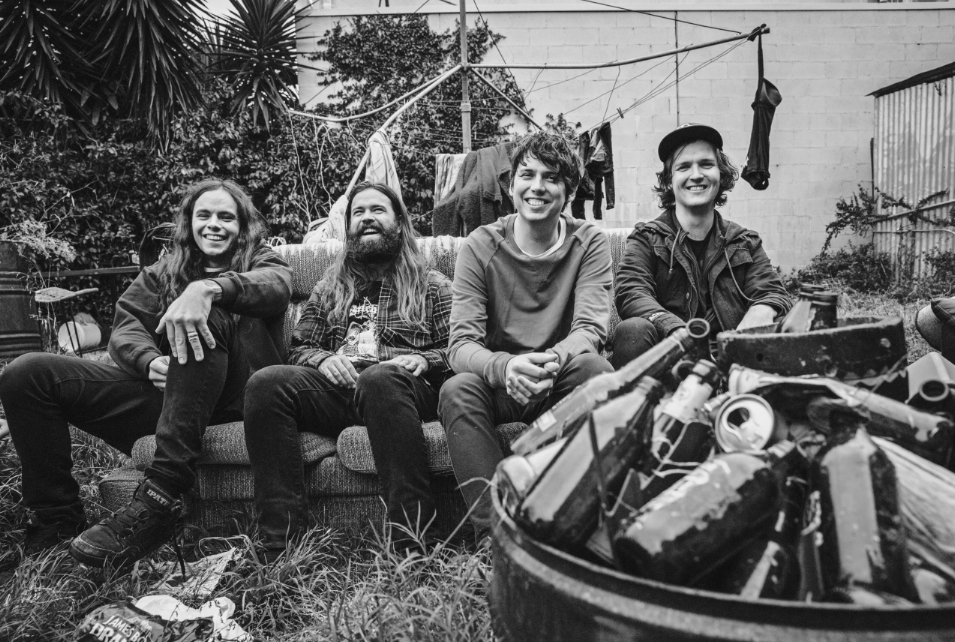 Australian rockers Violent Soho have shared the video for their new single ‘Covered in Chrome’ – taken from their recently released LP, ‘Hungry Ghost’ (through I OH YOU).

The video is one continuous shot which was filmed at bass player Luke Henery’s house and also features Simon from DZ Deathrays – climaxing at the burning of a Hills Hoist clothing line (an Australian icon) which acts as a metaphor for vocalist Luke Boerdam’s want/need to break out of the mold of the typical Australian suburban life in the search for something more.

Apparently. We’re not sold on that, but it’s a super great rock’n’roll tune – BONZA!