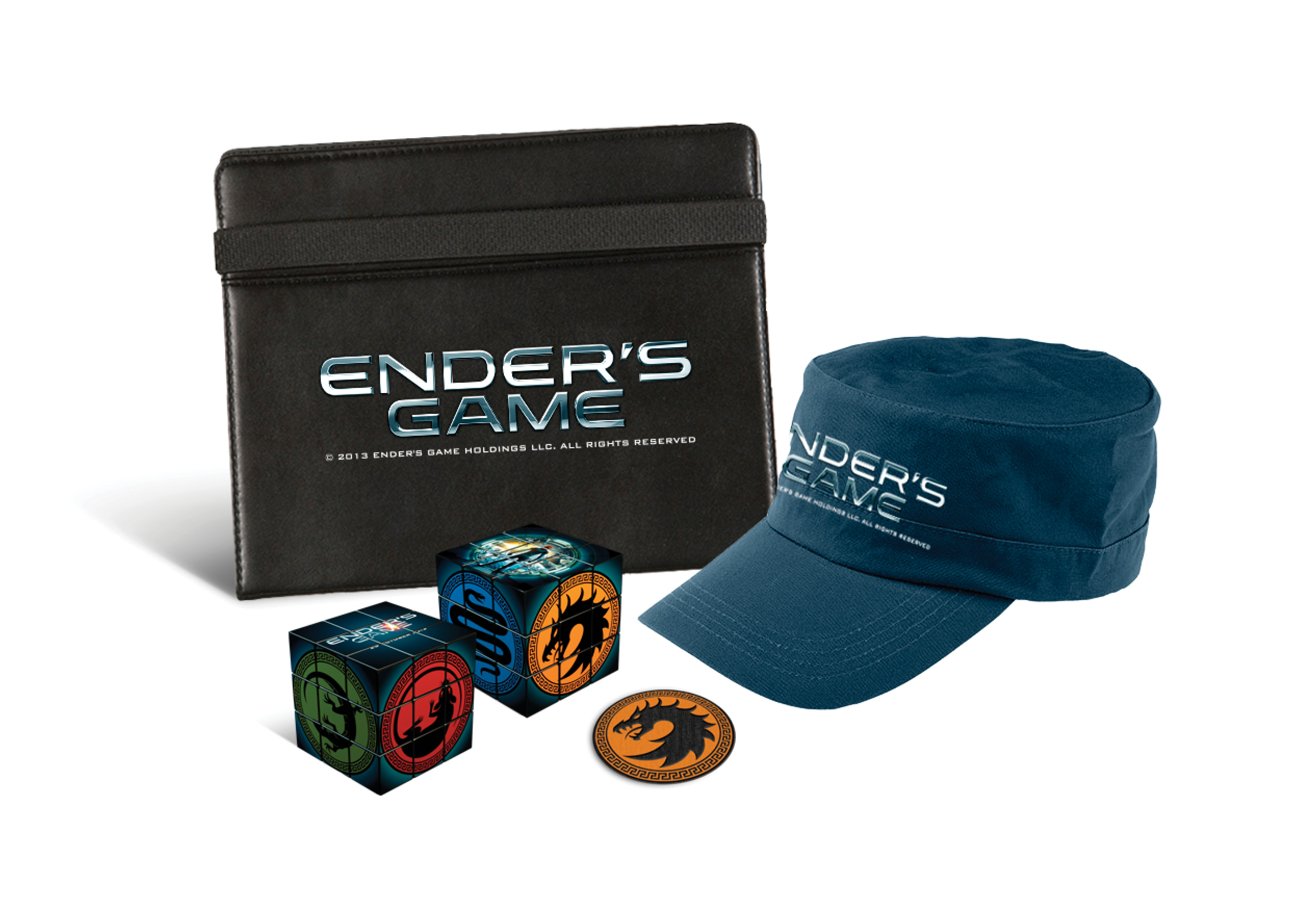 The near future.  A hostile alien race have attacked Earth. If not for the legendary heroics of International Fleet Commander Mazer Rackham (Ben Kingsley), all would have been lost. In preparation for the next attack, the highly esteemed Colonel Graff (Harrison Ford) and the International Military are training only the best young minds to find the future Mazer.

Ender Wiggin (Asa Butterfield), a shy but strategically brilliant boy, is recruited to join the elite.  Once there, he’s trained by Rackham himself to lead his fellow soldiers into an epic battle that will determine the future of Earth and save the human race.

With Ender’s Game coming out, eONE have kindly set up this merchandise competition. We have several packs to give away that include A Woven Dragon Patch, iPad Case, Military Navy Cap, a Puzlze Game and a copy of the book!

Yes if you fancy your chances then have a look at this question:

Which Character was Harrison Ford nominated for an Academy Award for:

Ender’s Game is out in cinemas on Friday 25th October.