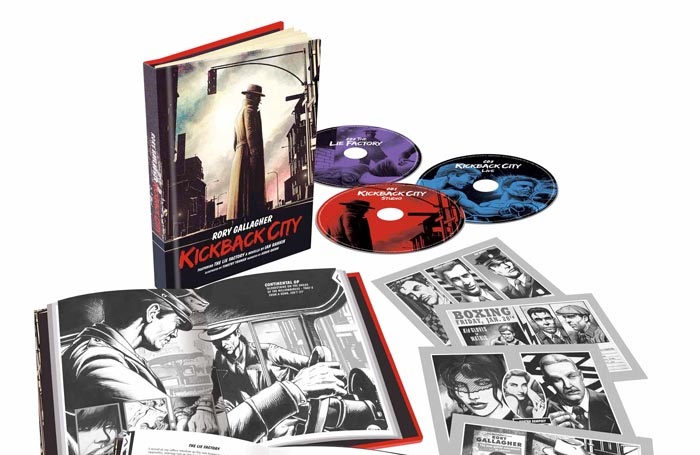 Win A Copy Of Kickback City

What happens when you combine the new Rory Gallagher album with one of DC Comics’ hottest graphic artists and smash-hit crime author Ian Rankin?

“Timothy Truman has really captured the nuances and the noir feel, I’m hugely impressed” said author Ian Rankin “It really works and Aidan Quinn has also done a great job. He really got into the character and narrative voice but it’s subtle and allows the listener to bring their own perspective to what’s going on.”

“This could be weird. If this album ends up in Rebus’s record collection I could
end up writing a story in which Rebus takes out this album and sits reading an Ian
Rankin story whilst listening to a Rory Gallagher album!”

To celebrate the release of this pioneering new form of concept album, we’ve got 3 copies to give away to fans. All you need to do is follow us @glasswerk on Twitter and post the following status: