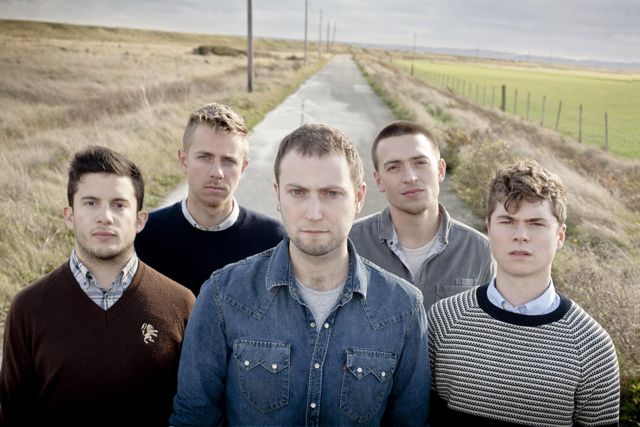 To Kill A King – Koko, Camden

The atmospheric venue that is Camden’s Koko has held shows for many of what could be considered the greats. And, after the show held there on a cold Tuesday evening, it’s easy to see that relatively new band To Kill A King are well on there way to such heights.

The night was kicked off in such fashion by support act Keston Cobblers Club, who brought their unique brand of mod-folk to the venue to the delight of the crowd. As many danced along in accordance to the multi-instrumentation that the band brought to the stage, it was a welcoming vision of genuine folk music, as opposed to a lot of the pretenders that are in the charts these days.

But, no matter how good the Cobblers were at setting the stage, there was nothing they could do to make To Kill A King feel out done. Driven by a piano intro, the band made their way to the stage and kicked off the evening with Fictional State. Frontman Ralph Pelleymounter enjoyed every moment, and showed that he’s quite the showman, being able to hold the crowd throughout the evening. Straight after Fictional State, the band ripped into Rays and that truly got the crowd going.

Some of the other honourable mentions of the night are Cold Skin, this reviewers favourite song of the evening and from their album Cannibals With Cutlery, while that album’s title track was as emotive as anything, Pelleymounter on his own with a guitar and a spotlight.

Wolves had the crowd on their feet, while the band’s cover of Lou Reed’s Take A Walk On The Wild Side was a fitting tribute to one of Pelleymounter’s heros. The band were joined on stage by the Cobblers for Funeral, while the encore consisted of their tracks Family and Bloody Shirt, a track which was another highlight of the evening, just being in the bands arsenal.

To Kill A King managed to fill up the Koko Theatre on the back of only one full length record. Not only that, they managed to entertain the entire audience aswell. For such a young band, this is a feat in itself. It’s easy to see that To Kill A King are going places, and you need to be there to enjoy it, as they too will soon be acknowledged as one of the greats that this venue has housed.