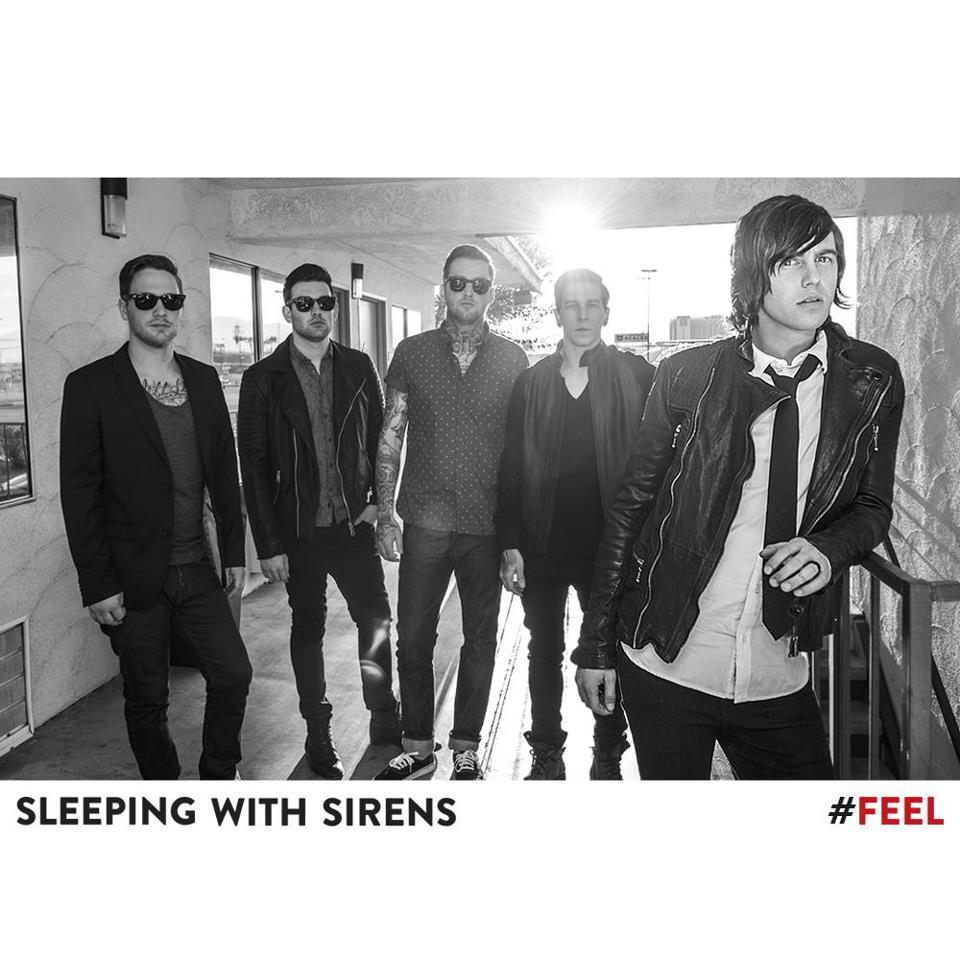 The track can be found on their latest record, Feel, available now on iTunes via Rise Records. Directed by Drew Russ, (All Time Low, Pierce The Veil, A Day To Remember), the videos concept is one that will have fans and viewers alike laughing; a band dressed as their own fans spoofing themselves. Drew has worked with Sleeping with Sirens in the past, directing videos for “Roger Rabbit” & “Do It Now Remember It Later”, both of which have well over 7 Million views on YouTube.

With Feel, debuting at #3 on the Billboard 200, moving 59,000 units the first week, and tour after tour; Sleeping With Sirens show absolutely no signs of slowing down. The guys are currently on the road, headlining the Feel This Tour which wraps up November 21st in Pomona, California. Tickets are selling fast, with the NYC dates completely sold out. For all tour dates, visit the bands official Facebook page.