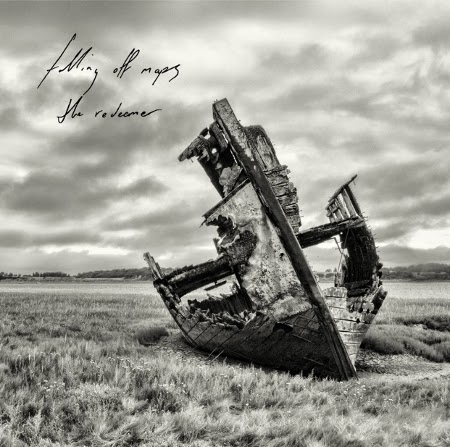 Falling Off Maps – The Redeemer

The Redeemer is the second single from Nottingham’s Falling Off Maps, a follow up to Honest, which was released in August. Once more the music is fairly minimal yet there is a clear structure evident and an emotional power is brought to the song that gives it real substance.

Opening with gentle acoustic guitar over the sound of waves, the track builds over a lovely bass line. The vocals are restrained, yet the message of hope comes through strongly. Guitars shimmer as the track develops, the vocals becoming more emotional without ever losing focus. There is a warmth to the tone, a clear melody and an overall sense of a carefully constructed song.

The video backing the single is also very interesting – the second part of a trilogy in which each episode reveals its story backwards. It is well worth watching, and was conceived and directed by the band themselves. The cinematic nature of the band’s song writing definitely lends itself to video.

Falling Off Maps came close to hitting the big time previously as Headway and moved to LA to make an album, but for various reasons it all fell apart. Regrouping and starting again, they have now established a presence in the UK and a long overdue debut album, A Seaside Town In Winter, will be released early in 2014.