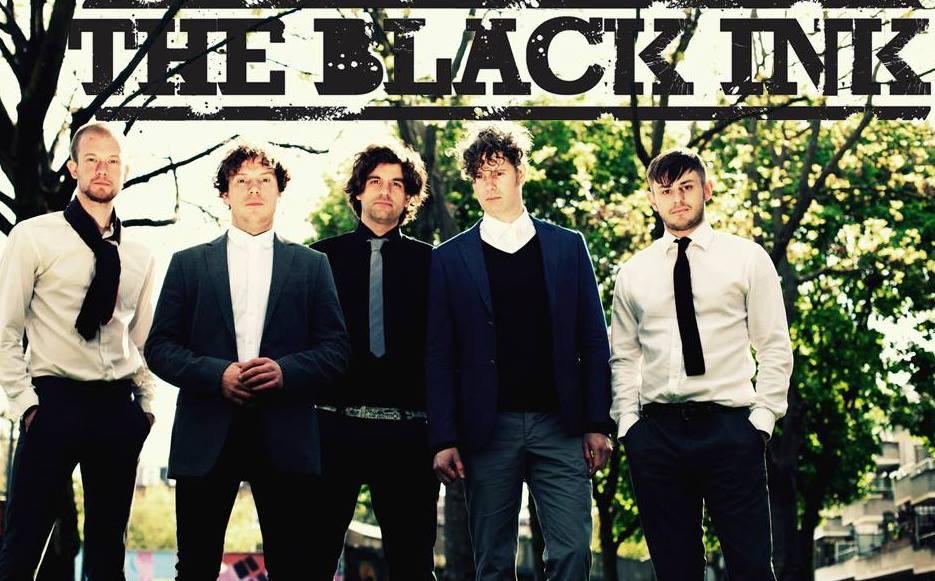 The Black Ink are Genre jumping rock and roll pop. Nik Ledgard’s honey drenched falsetto vocals balanced with Matt Lintott’s Tom Waits-esque low tones are wrapped up in creative and original arrangements with a retro 70’s feel. Co-writing suggestive, direct and sometimes surreal lyrics, these two have been song-writing partners for a while now.

Purveyors of hook driven, insanely catchy dirty pop arrangements with melodic storytelling basslines from Dave Wademan and some of the most original beats from Keiths Moon’s spiritual grandson, Pete Bembridge, the band showcases one of London ‘s most talented rhythm sections.

The Black Ink are completed with ex-Hares, Babeshadow blues guitarist Mark Thorne. The band cite influences from The Kinks, The Small Faces, Robert Johnson and David Bowie through to more modern day artists like Beck, Band of Skulls and Queens of the Stone Age. Think delta blues meets indie rock by way of Carnaby Street in its prime.

The band have provided two tracks for the soundtrack of the British comedy ‘Almost Married’ due for release early 2014 featuring Emily Atack (The Inbetweeners) & Philip McGinley (Game of Thrones, Prometheus). The film was selected by LUFF and was screened at the BFI.

The official video for ‘Tangerine’ is on the films soundtrack and features Joanna Ignaczewska as seen in various TV series (Wallander, Miranda, Threesome).The idea for the video stems from the fact that the lyrics to the track were inspired by Robert Browning’s poem ‘Porphyria’s Lover’. The video was directed by Lucy Allan and shot by Todd Pacey from ShortForm Films. The video is currently being edited and will be released to coincide with opening of the film.