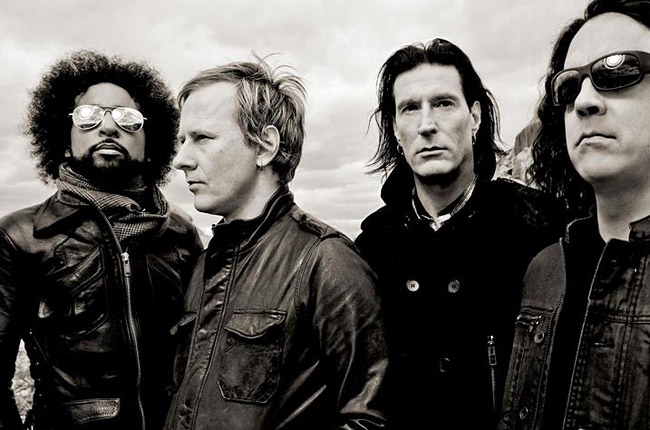 Win Tickets To Alice In Chains In Birmingham

Alice In Chains started their headline tour of the UK this week, kicking off with the biggest British show of their 25-year career at London’s Alexandra Palace.

Alice In Chains’ Jerry Cantrell comments: “We’re really excited to be returning to the UK for our first headline run in support of the Devil Put Dinosaurs Here. The UK and its fans have always been very good to us and we’re very much looking forward to playing for all of them in November.”

These UK shows will see the band deliver a stunning new show featuring highlights from ‘The Devil Put Dinosaurs Here’ alongside classics from their entire career. Support on all dates come from one of the most-talked about rock acts in years, the Swedish phenomenon named Ghost.

We’ve got two pairs of tickets to give away for their performance on 13th November at Birmingham O2 Academy and winning couldn’t be easier.

“I want to win tickets to see @aliceinchains with @glasswerk #junkhead”

Winners will be selected at random and notified via Twitter. Competition closes midday on Tuesday 12th November.

Dates are as follows:

‘The Devil Put Dinosaurs Here’ is out now on Virgin/EMI