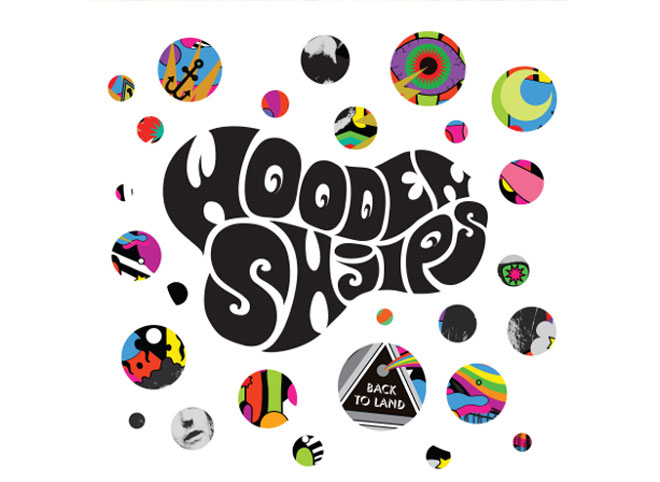 Wooden Shjips – Back To Land

Aside from the delicious clean-versus-psychedelic packaging, somewhat akin to early Led Zeppelin or some of The Beatles special edition 12” releases, there is a whole lot to like about the new album from Wooden Shjips. Slowly creeping out of the underground into mainstream consciousness over recent years, on ‘Back To Land’ they’ve really hit their stride, mastering the art of bite size psych-rock that drones and spaces out in a blissful state of psilocybin freak-out but never loses the thread entirely, with a solid core of driving pop rock not unlike the one that ultimately sent The Dandy Warhols’ hit Bohemian Like You careering into the popular culture hall of fame.

That being said, there’s more Velvet Underground lo-fi distortion and experimentation than the Warhols ever managed to muster, with the bass line of ‘Ruins’ wandering nauseously anti-clockwise around a spiralling guitar as a lazy and percussive jazz drum beat holds the whole shambolic delight together by a thread. Where Shjips really triumph is with the mantra “less is more” – a fact which seems completely lost on most psychedelic artists, which could possibly have something to do with the mountains and mountains of drugs one assumes are consumed during the writing process, of course. Where some would insert a frantic 5 minute freak out, Shjips opt for a melodic, hypnotic and understated solo; where others waffle, Shjips are a band on point (and faded out in a timely fashion by the producer).

Not all of the tracks are typical of the sometimes very constraining genre either, as ‘Ghouls’ leaves us wondering if this is what Hawkwind covering The Beatles might sound like with its freight train riff driving the whole runaway rock and roll train over the edge of a very trippy cliff. As a whole, the album walks the tightrope beautifully – restrained and compact enough to make for an enjoyable listen, but with enough experimentation and masterful instrumentation on show to make it a challenge. The production is warm, organic sounding and has more layers than you’ll ever be able to sink through, no matter how high you are. To be honest, we’re absolutely gutted that we had to review this in the office because we can only imagine how incredible this would sound through a thick layer of hash.

Top marks gents – now, does anyone have any Jaffa Cakes and a can of Fanta?