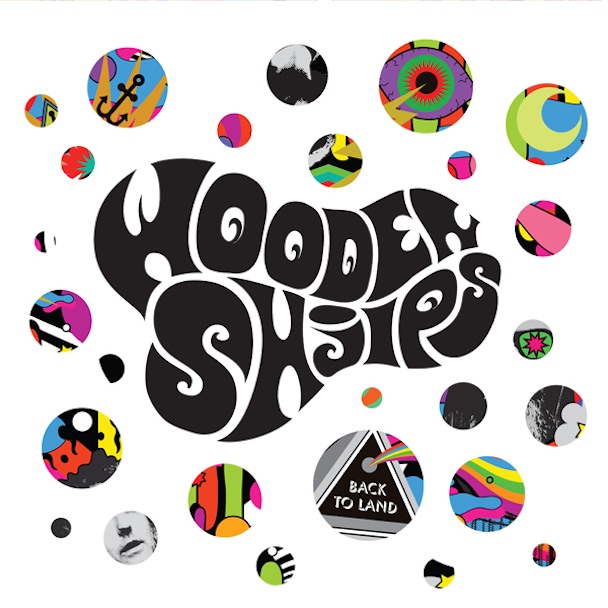 Wooden Shjips – Back To Land

It’s been three years now since San Francisco’s psychedelic rockers Wooden Shjips (the j is silent) put out an album. But it was definitely worth the wait as Back To Land is an excellent collection of eight tracks that have far more variety than you might expect. The core sound still has the fuzzy guitars playing heavily distorted riffs and deep organ tones of past work, but there is a faster pace to many of the songs and less of a drone effect. And an acoustic guitar even makes an appearance too.

The band have relocated from big city San Fran to rural Oregon in recent times and the album was recorded in Portland during an eleven day session. Back To Land comes in at 41 minutes long, with only one of the tracks less than five minutes long. But for a band that routinely produces ten minute songs to have only one over six minutes here probably counts as restraint.

The opening title track Back To Land has a fast tempo, and the distorted guitars lead from the start, backed by a characteristically simple yet powerful dream beat and the organ’s swirl. Ripley Johnson’s vocals are thin, yet he has a way of imparting emotion that fits the track very well. Ruins follows, building around the keyboard in a bass heavy sound. And then a guitar solo bursts through to brighten what is perhaps the darkest track on the album. Ghouls immediately raises the pace again and the organ riff here is lovely.

These Shadows is slightly slower once more and the surprisingly melodic opening owes more to classic rock than the psychedelic sound that eventually takes over. But again the comfortable groove is livened by a guitar solo. In The Rose takes a similar approach, although this one does seem to drag a little in the middle section.

The superb Other Stars has vast scope, a musical journey through the galaxy. The gentle vocals contrast with the fast guitar sound, which could well represent starship engines so vast is the sound. With a solid drum beat and a repeated keyboard riff, this one is thrilling. Servants is also very good, featuring the best guitar work on the album. Everybody Knows builds from a lively riff, ending the album with a wistful air to the vocals and a fine slow guitar solo.

Wooden Shjips are not too well known in the UK as yet, but this album may well bring them to the attention of many more rock fans. It is perhaps more accessible than some of the band’s earlier work, and the confident feel throughout tells of a band who are comfortable with their music. It’s psychedelic rock, but in a form that is livelier and more melodic than most, giving more than a passing nod to classic rock sounds. And it’s very good music too.