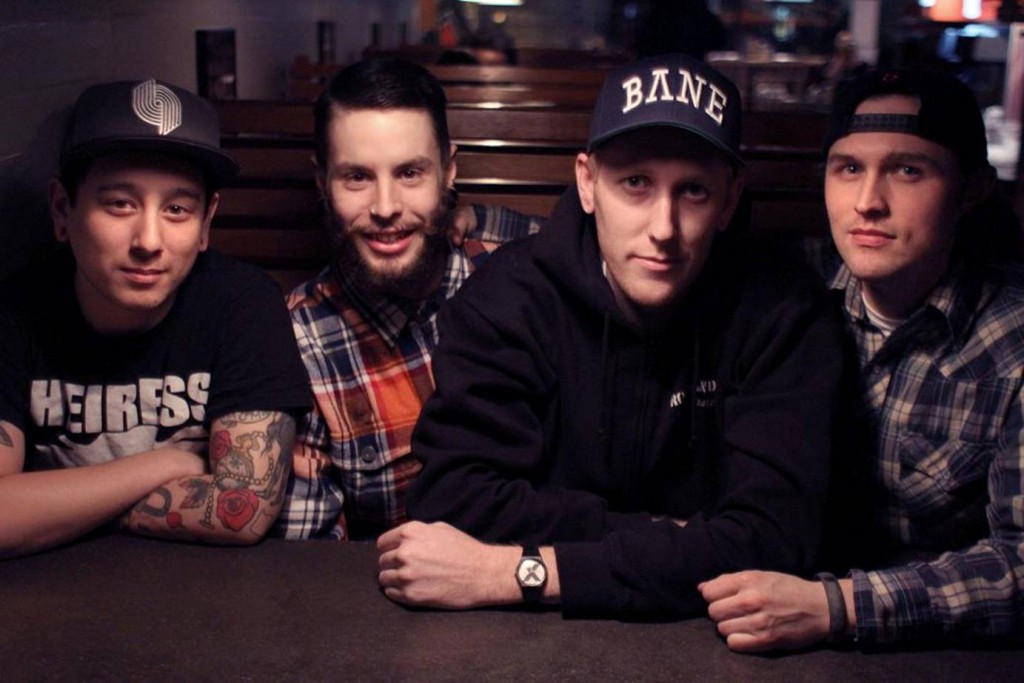 Portland, OR’s Young Turks have released their new music video for the song “Roe vs Wade vs Westbrook” which appears on the band’s just released Animal Style Records 7”/EP, Where I Rise.

One year since their debut full length, Where I Lie, Young Turks have returned with their next chapter, Where I Rise. Vocalist Matt Koenig, guitarists Bryan Zurek and Jason Soejoto, and drummer Mason Juve waste no time with their newest four songs. Expanding upon previous efforts, their symmetrical balance of break-neck punk and pounding hardcore has given them a truly stand out sound.

Young Turks was formed in Oregon’s rainy winter of 2010 as a side project to several then-active bands. Three years, five North American tours, and two releases under their belts, they have constantly found themselves in a van or a studio. The five piece have always worn their early 2000s hardcore influences on their sleeve..

Where I Rise is a declaration of life moving forward, while trying to let go of the past. Stand out track “Zone K” begins, “About 364 days a year, I’m not thinking about you.” Clearly vocalist Koenig has moved forward from “Where I Lie,” but not without a painful reminder of what once was. The former themes of betrayal and hopelessness have been exchanged for the strength to overcome and the will to endure.

Returning to D-Wreck Studios in Portland, Oregon, Young Turks were able to capture the unique sound and feel of northwest hardcore. Enlisting Alex Estrada of Earth Capital Studios (Touché Amore, Joyce Manor, Silver Snakes) to mix, the final product walks the line between a polished studio effort and the raw energy of a live performance. Where I Rise will is the band’s second release on Animal Style Records and is slated for November 5th on both 7″ vinyl and digitally.