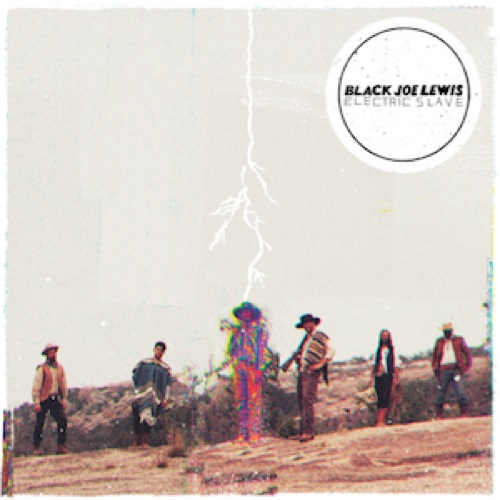 Black Joe Lewis comes from Austin, Texas and his music is an interesting fusion of blues and soul. Known for his howling style of singing and fine guitar work, Lewis now releases his third album via Vagrant Records. The title, Electric Slave, is an observation on the role of technology in modern life, with Lewis railing against those who spend their lives, “with their faces buried in their iPhones and the only way to hold a conversation is through text.”

There is a great deal of variety on this album. At times it has a raw blues sound with fuzzy riffs and fast solos, at others a slower and more soulful feel with horns picking up the melody from the guitar. The standard of the musicianship is high throughout. And Lewis’ vocals also vary from the big throaty howls and shouts to more passionate soul vibes.

The album’s opener Skulldiggin is perhaps its best track. The vocals are typically flat out howls with a repeated guitar riff and a rich organ creating a massive sound through which some lovely lead guitar licks emerge. The bluesy Golem is also excellent, the guitar and horns playing off each other beautifully. And Vampire, the longest track on the album at almost seven minutes, has a fine old time blues feel with impassioned vocals and more great lead guitar work.

Come To My Party is a short song with a party feel, coming close to a funk sound as the bass dominates, while My Blood Ain’t Running Right sees the horns come to the fore. The Hipster is a joyful track that could almost be something by the Blues Brothers. And the closing Mammas Queen sees it all come together in a real fusion of blues and soul sounds that is up tempo and exciting, driven on by a drum beat that gets faster and faster.

Whether you consider Black Joe Lewis to be a blues man or a soul singer doesn’t really matter. He is basically a good musician who is adept at taking very different influences and creating his own sound from them. Electric Slave is an entertaining album and one that offers up a great deal to enjoy. Just don’t download it to you iPhone …