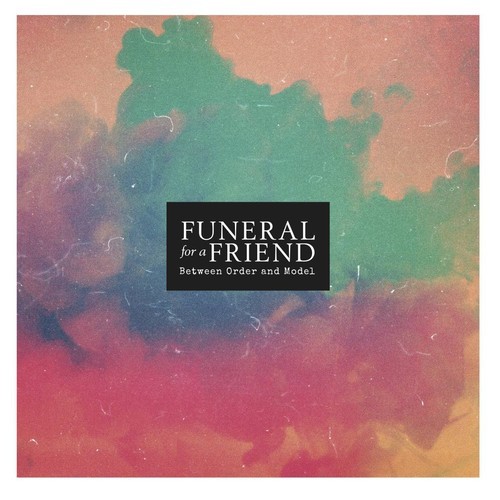 Funeral For A Friend – Between Order And Model Re-Issue

Music is a powerful thing. There are some tracks so deeply ingrained in your memory that you probably don’t even realise that they’re still lurking there with all the residual trappings of teenage frustration and small town bedroom boredom. Between Order and Model by Funeral For A Friend is a release that will mean more than most to rock fans of a certain age. A generation of UK music was born from these pioneering Welshman and it’s a testament to the obvious potential and talent of the band that these tracks still sound as revolutionary and vital as they did when they first appeared in 2002.

Pressing play on this release is like stepping into a time machine – the hairs actually stand up on the back of your neck to hear these stripped back, under-produced versions that still strike exactly the same profound emotional chords as they did over a decade ago. It goes without saying that the star of the show here is Juno – a song you might remember screaming into the mirror in the privacy of your bedroom and probably one of the most important rock singles written by a UK band, period – sounding refreshingly raw and unpolished. By god does that chorus still pack a punch.

Younger fans might be surprised by the double-kick hammer and thrash riffs of The Art Of American Football, more at home on an early Avenged Sevenfold release than the band FFAF eventually became, but it just proves how ahead of the curve this band were and also shows just how influential they went on to become to the UK music scene – 11 years later and still one of the most imitated sounds on the circuit. Elsewhere the melancholic opening of Red Is The New Black shows the light and shade that really differentiated Funeral from a host of pretenders, showcasing some early virtuoso guitar work, whilst the explosive Getaway Plan still sears with intensity.

The best thing about listening to this re-mastered version is knowing how far FFAF have come since they recorded these tracks, how much they’ve overcome, knowing that they’re still out there writing incredible material and shredding their fingers to the bone on the road in the name of Welsh music. Here’s hoping that younger fans who might not have heard these versions will delve into this release and really understand where the fantastic UK rock music scene that we are now all getting the chance to love and support originated from.

All hail the Kings of The Valleys and long may they reign – this is still one of the most important releases from a British band in our living memory.