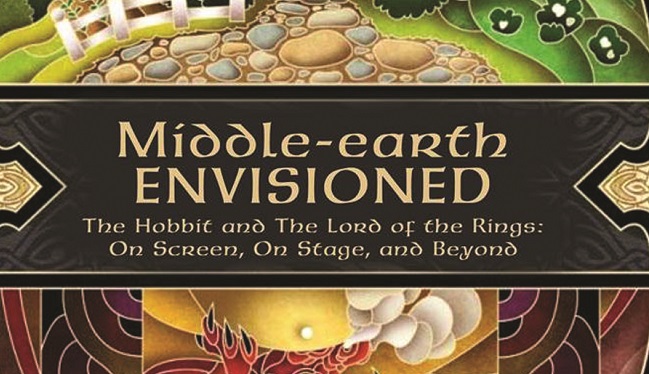 Not another book of those Damn Lord of the Rings movies!  Well yes and no.  This one, as clearly stated on the cover is more about Middle Earth itself and the various interpretations over various media.

Take a lovely sepia scroll background design to the pages of this hard back edition you have the basis for this latest look at Middle Earth. Starting with a prologue on the creator of the series, the book is then divided up by The Hobbit and the three different Lord of the Rings volumes as a part each. With each of these parts the subjects are then divided up by Audio adaptations, Television adaptations, Stage work and Comics and games.

From here onwards there is a look at the film adaptations including early attempts to get a film made, the animated versions and the finally peter Jackson’s award winning epics. The final part of the book looks at the legacy of the series and includes a wealth of fan inspired work.

Despite the series still being a hot topic, the book succeeds in being more than a cash in. It also succeeds in not falling at the feet of the latest films, which are themselves already well documented in print and continue to be. This book looks to fairly cover the various iterations of the source material beyond just the current success, tracking it back through time as well as up to present day.

What is truly amazing and could perhaps do with its own volume is the fan inspired art from around the world which really demonstrates how huge a cultural phenomenon the series is. True, if it wasn’t for the success of Peter Jackson’s movies we would probably not have the wealth of media coverage, or even this book; but plenty of time is spent over the different mediums to give a grander perspective.