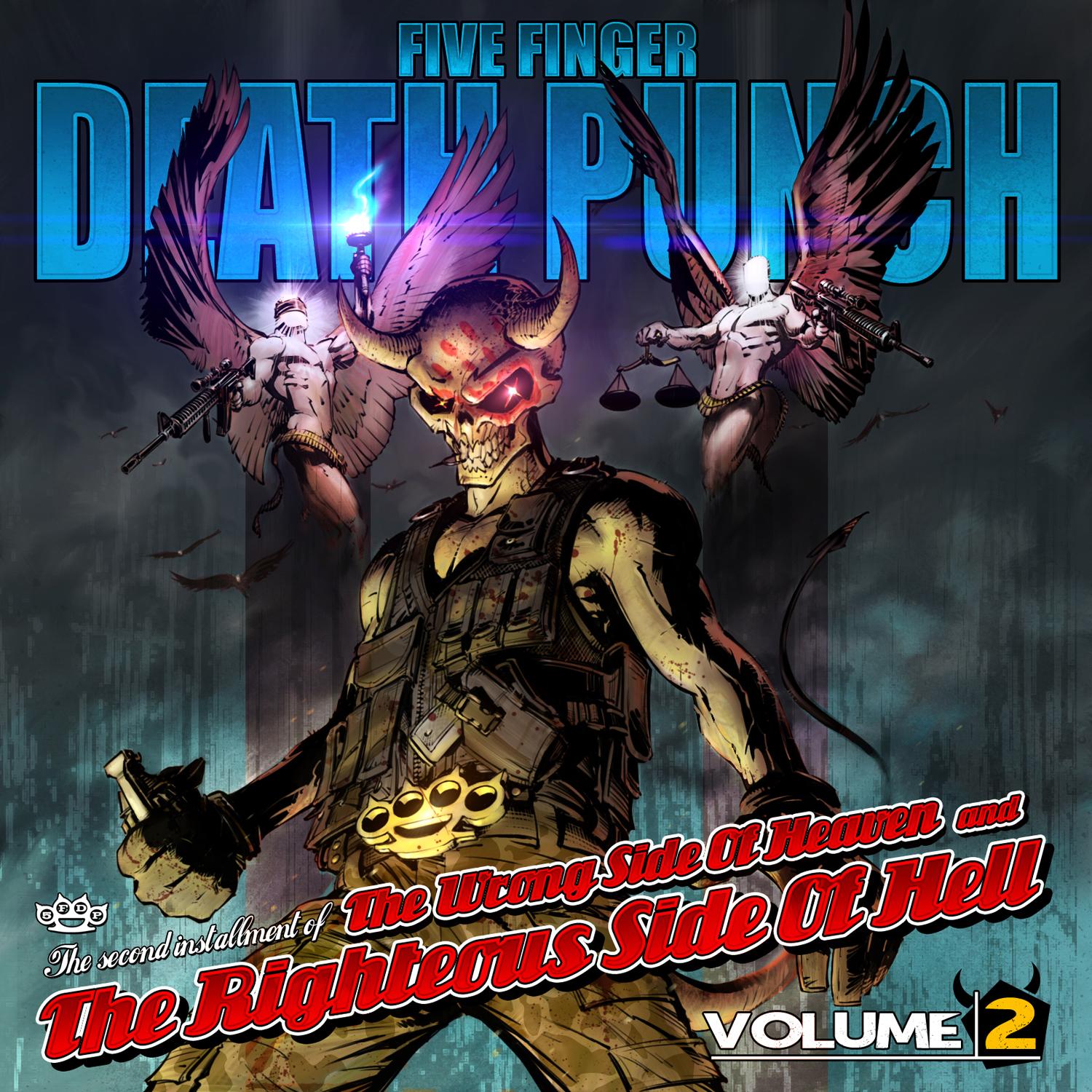 The Wrong Side of Heaven & the Righteous Side of Hell Vol.2 is the second release from Five Finger Death Punch this year, with the first installment of this album only being released several months ago. After the reception and commercial success of Vol.1, there was no doubt a fair amount of pressure on the band to provide a concluding half of the same or superior quality, which for those of you who have listened to Vol.1 may be a daunting task – but they definitely deliver.

Staying true to mainstream metal, this album is packed full of brutal riffs, traditional metal solos and melodic vocals; all of which are elements which make this band so accessible to a variety of audiences. Arguably, unlike the natural evolution of albums, Five Finger Death Punch haven’t really progressed so much in terms of musical sound; but by no means is this a bad thing. They’ve found a formula that works, and to be honest it’s fairly refreshing to listen to a band that has some loyalty in good old fashioned metal.

The Wrong Side of Heaven & the Righteous Side of Hell Vol.2 opens with ‘Here To Die’ a fast paced, riff-bearing metal anthem with a signature FFDP chorus which makes it pretty obvious that this album will be packed with All-American-Anthemic-Metal tracks; so much so that almost every other track could be passed as a single. Whether it’s the brutally heavy riffs and aggressive vocals in ‘Wrecking Ball’, the infectious and rousing chorus in ‘Cradle To The Grave’, or even power ballads ‘Battle Born’ and ‘Cold’, this album will have at least one track for everyone.

This album is just another prime example of why Five Finger Death Punch is a level above most. Not only are they one of the best commercial metal bands around right now, they’re also one of the few rock/metal bands who’ve achieved a top ten album. Regardless of whether you love them or hate them, you can’t deny that they’re not good at what they do.

Who said metal was dead.

Venue: The Wrong Side Of Heaven & The Righteous Side Of Hell Vol 2
Support Band: Eleven Seven Music