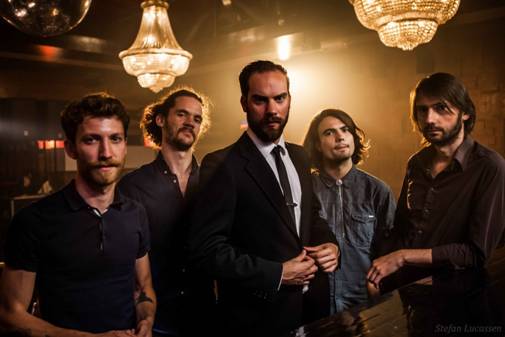 Dutch 5-piece De Staat might be an unfamiliar name for now, but we don’t think they’ll stay that way for too much longer after new single All Is Dull has it’s way with you.

It’s a quirky, lurching rock beast that fuzzes and lulls in unusual and exciting directions – could these guys put Dutch rock on the map?

They’ve also just announced their latest London headline show at The Garage on March 8th, after a 3 night residency at The Blackheart, Camden in October 2013.

As front man Torre explains, “Who knew, that after playing the same London venue three times in one month, we’d be missing you already. The urge came back, it’s itching again. So let’s scratch it good by returning to the UK.”