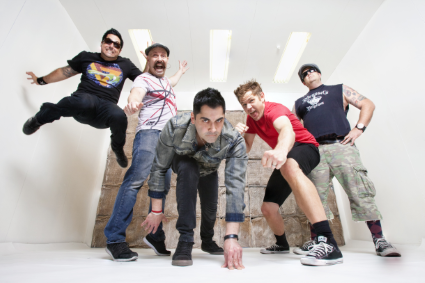 Californian veteran punks Zebrahead have unleashed a brand new video for the track ‘Sirens’ which features on bands latest album ‘Call Your Friends’ which was released via Rude Records this summer.

“I had an awesome time shooting this video and I’m stoked for everyone to see it!” says guitarist Matty Lewis “There was a pig man, a pink bunny, dancing girls, a bear on a toilet and us. With a cast like that, what could possibly go wrong?”

The band hit the road in the UK with Less Than Jake and Reel Big Fish in early 2014 – full dates below.