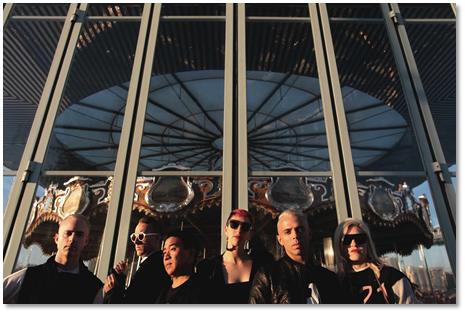 Their skitter-synth pop sound begun as a side-project for Fischerspooner band mates Le Chev and Ian Pai. Sitting somewhere between Scissor Sisters, Pet Shop Boys, Gary Numan and Prince on the dance floor, they have been described as “New York City’s freshest Super-Pop act to come out since Madonna”.

Audiences can expect anything from confetti cannons to crowd surfing in rubber dinghies at their live shows, which will be rolling out across the UK and Europe in full force next year.

“So F*kt Up” will be released digitally on December 2nd – check out the video here: