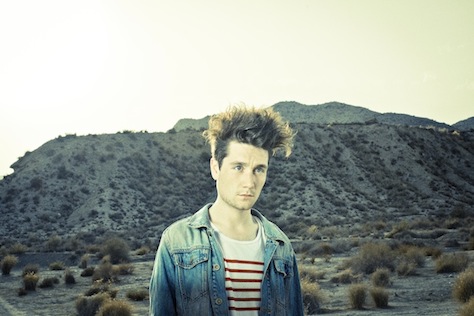 Bastille are currently in the process of laying waste to, well, the entire world really and the London quartet have just dropped the video for their new single ‘The Draw’ on November 25th.

Taken from the album ‘All This Bad Blood”, a 2 x cd set which includes the band’s Platinum selling No. 1 album ‘Bad Blood’ alongside a second disc which is divided into two parts, lead singer Dan Smith says:

“The album feels like a complete representation of what we have done so far and what we’d like to do in the future. The first part allows us to properly release the tracks that we love and play live all the time but couldn’t fit on our proper debut.

The second part is a mini version of one of our mix tapes which weaves in a couple of new songs that show the extremes of where we’re heading on our next album; one guitar-driven and the other way more electronic.”

On Monday the band headed out on their third sold out UK tour and recently announced a further tour for early 2014 with a show at London’s Alexandra Palace which sold out in days, over 10,000 tickets shifted 6 months ahead of the event.