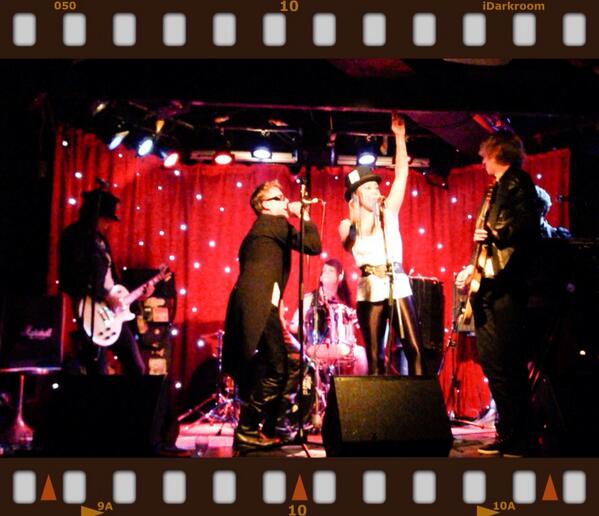 Kamp David are back with their second album, Westway to Vegas.

A follow up to ‘Red Hotel, also released on the Zube Label. Kamp David are a six piece rock/electro band based in London but an international line up featuring Murray on lead vocals, Kirsty on vocals (both from Australia) Greg on guitar, Adam on bass (from Hungary) Tom on piano, keyboards and synth and Belle Star (Camden) on drums.

Influences are many but Electric 6, Queen, SAHB and the Scissor Sisters are often quoted, the band recorded their new album at Hackney Rd studios with noted producer Steve Honest at the helm, using his collection of vintage analogue gear, well suited to their sound, which fuses modern synth’s and programming with classic 70’s rock.

The band have gathered a buzz for their hi – energy live shows and will be touring the UK in November, a few clicks on Youtube will give you a taste of both ‘official’ and fan based videos, all well and truly stamped with the Kamp David I.D

The album is released on 5th November with a first single (Co Co) available as a free download.