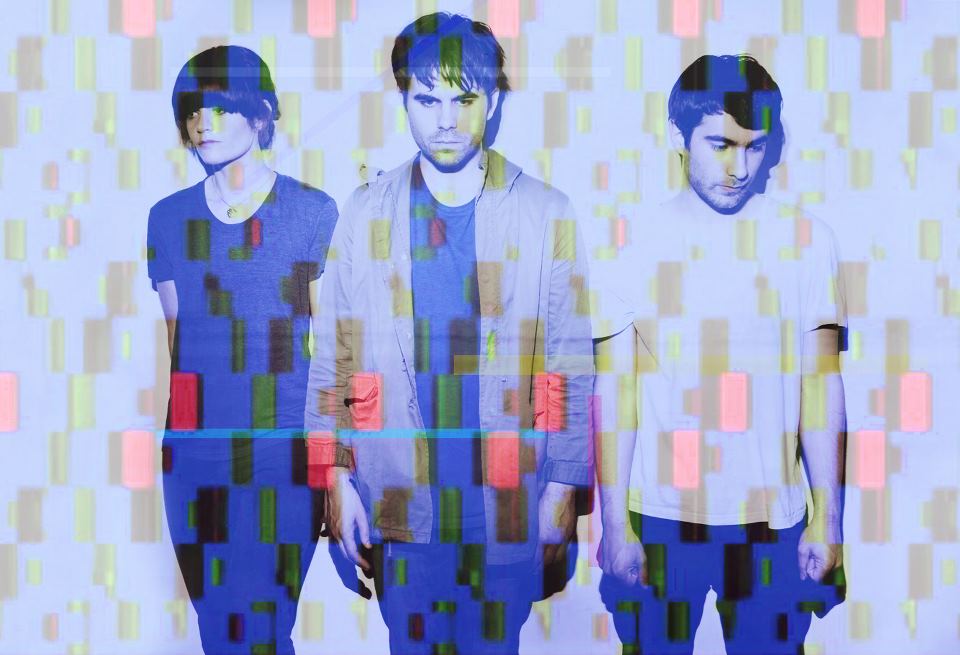 Factory Floor’s evolution from post rock miserablism to intense live recreation of what is, essentially, acid house, is one of the most interesting journeys in contemporary British music, one which has led to a sold out crowd in Glasgow’s underground basement of Stereo slavering in anticipation.

As comfortable playing in a club as a gallery space as a conventional gig, they may seem the logical band to be James Murphy’s hot new signing for DFA Records, if only for their liberal use of cowbells; but I don’t see them quite matching his former band’s success. For one thing, Factory Floor don’t “do” personality. There’s no attempt at ingratiating themselves with the crowd or such bullshit; they’re as enigmatic after they’ve left the stage as when they get on. And when your music’s as good as this, there’s no need to – the music really does speak for itself here.

Nik Colk Void cuts as an androgynous figure as in her vocals, her voice pitchshifting ambiguously between masculine and feminine registers. She equally alternates between keyboard and guitar, but that can mean either attacking her instrument with a drum stick or caressing it with a bow. When the group play Turn It Up early on, I find myself uncontrollably dancing, probably as a result of the building synth sounds produced by Dominic Butler, processed through his imposing mixing desk. As are the whole front row, who’re going crazy on pills.

Both the album and the set’s highlight are probably Fall Back, but to see it done live is to see the track done with a visceral intensity, even a warmth, that you might never have expected from the slightly cold, alienated record. The contrast between the power of the music and the implacable cool of Void’s vocals is compelling.

The real star of the show might be drummer, Gabe Gurmsey, suitably sitting not at the back but at the side of the stage. He’s a pleasure to watch as well as listen to, holding everything together especially through the extended semi-improvised encore.

Factory Floor are simply the most exciting British band I’ve seen this year. They may well be the dark cousins of the acid house revival cutting shapes in the sunlight above, playing with odd analogue synths in the basement.