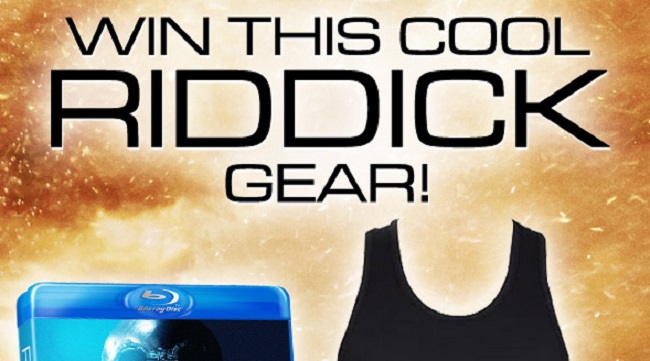 Action superstar Vin Diesel returns as Riddick in one of Hollywood’s most anticipated sequels. From killer to most wanted, Riddick’s story continues in this high octane action packed adventure that will blast viewers into space in an exceptional addition to one of the hottest sci-fi franchises around.

To celebrate the release of Riddick, we have a Blu-ray, vest, back pack and torch to give away! Riddick comes to DVD, Blu-ray and Blu-ray Steelbook (exclusive to HMV) on 13th January 2014.

To be in with a chance of winning have a look at the following question:

What was the original film that featured Riddick?

Send your answer along with your postal address to: editor@filmwerk.co.uk