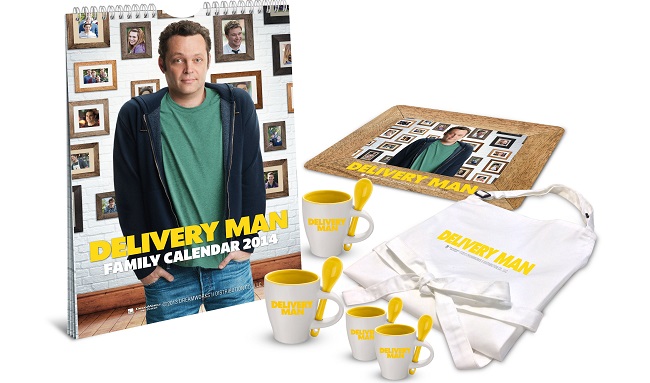 Delivery driver David Wozniak (Vince Vaughn) has a life no one would envy:  in debt to the mob; a job that’s going nowhere and a pregnant girlfriend (Cobie Smulders) who believes their child will be better off without him, then he finds out he’s the father of 533 children through sperm donations he made 20 years earlier.

Just when things couldn’t look any worse David is hit with a lawsuit from 142 of his offspring who demand to know the identity of their biological father. As David struggles to decide whether or not he should reveal his true identity, with the help of his friend, full time Dad and part time lawyer, Brett (Chris Pratt) he embarks on a journey that leads him to discover not only his true self but the father he could become.

Written and directed by Ken Scott and based on his acclaimed film STARBUCK.  A heartwarming comedy for all the family….no matter what the size.

We have some Merchandise packs to give away in this competition which includes a 2014 Family Calendar, a set of 4 mugs (2 x adult, 2 x kids), a fridge magnet picture frame and an apron.

To be in with a chance check out this question:

Which film spring Vince Vaughn to fame in the 90’s?

send your answer along with you postal address to editor@filmwerk.co.uk.