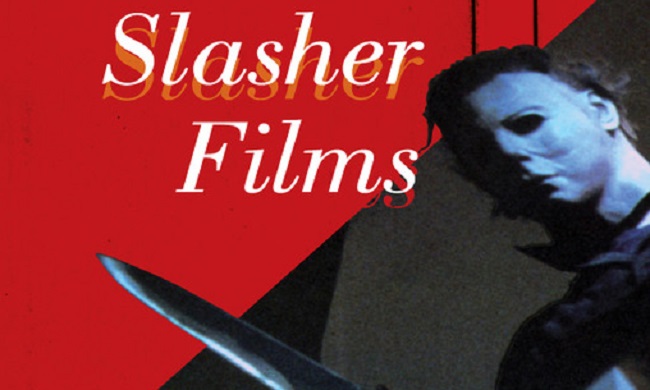 Author Jessica Robinson wrote ‘Life Lessons from Slasher Films’ as a part of her thesis on Film at the University of Wyoming. The book takes as its source subject the sub-genre of the horror film called the slasher. Within the book the author follows a core set of familiarities and themes that are common in the major and best represented films of the genre. In addition the second half of the book takes up the myriad of remakes that have sprung up in the past few years. The films studied are: Alfred Hitchcock’s Psycho (1960) (re-made as a scene-for-scene remake in 1998 and therefore does not get much attention in the second half of the book), Black Christmas (1974) (remade in 2006), arguably one of the first slasher films and perhaps a film that deserves more attention than it has received until now, Tobe Hooper’s Texas Chainsaw Massacre (1974), a film that does not strictly fall into this genre but is at least fit for purpose here (remade in 2003 with a number of other sequels which followed), John Carpenter’s Halloween (1978) (remade by Rob Zombie in 2007), Friday the Thirteenth (1980) and Friday the Thirteenth Part 2 (1981) (the 2009 remake is a mix of both these films as Jason Vorhees is only introduced to us in Part 2), A Nightmare on Elm Street (1984) (remade in 2010) and Scream (1996), a film that does not (as yet) have a remake. One of course can argue that in many cases the number of sequels these films began are more or less further developed albeit less intelligently as sequels to the original.

Robinson’s book starts by focussing on the earlier films and asks why there is always a Final Girl, a good girl who survives and defeats the boogeyman before she has screamed and ran away from him for most of the film (ignoring of course the now familiar final twist of each film). There has already been much written about the Final Girl in slasher films, but here the author dismisses the oft written feminist view that these films are misogynistic and written from a perverse male point of view. Robinson rightly dismisses this argument from the very fact that it is a female who wins out and defeats the monster and the male characters meet an equally nasty ignominious fate as the female victims, indeed they often come across as merely dumb. But maybe both sides are wrong. Robinson fails to mention that many filmmakers and writers such as John Carpenter himself have written that it is not because the teen girl has sex why she is killed off, but rather that she is not concentrating on her surroundings. Take the victims in Carpenter’s original Halloween. All of Laurie’s (played by Jamie-Lee Curtis) friends are killed but good girl Laurie survives because she is not focussed on herself or boys but on others and her surroundings. The author of this book almost reaches that argument but stops short by underlining the Final Girl is able to mix work and fun and not just let everything be about fun (ie. sex).

At no point in the book are the directors or cast, or any making-of stylistic tropes mentioned in the book. There is no mention of Hitchcock, Hooper, Carpenter or Wes Craven or any of these works in the context of the directors other works. She allows the book to be purely a study of the plots, the characters and the links between all these films. On a couple of occasions some of the other sequels are mentioned as a development of the character of the killer or the Final Girl. It is also refreshing to see that the horror film is taken seriously as study (Kim Newman’s brilliant ‘Nightmare Movies’ is another example of this). However, the book does allow itself to be very repetitive and will continually mention scenes such as Billy gathering the bodies around the Christmas tree in Black Christmas or the Laurie in the remake of Halloween making lewd gestures with a bagel. Having said that, this book is an easy read and enjoyable one for anyone who loves horror films. The chapters are split into ‘lessons’ with such familiar subject headings as ‘The Past Will Catch Up with You’, ‘Teens Never Learn’ or ‘Listen to Your Elders’ – in other words life lessons. Although the book focusses on a few key films (unlike Newman’s book) there is a longer list of titles in the Appendix with such films as Prom Night (1980) dismissed in the main body of the book. Yet, like any other franchise maybe there is room in the market for a sequel book.