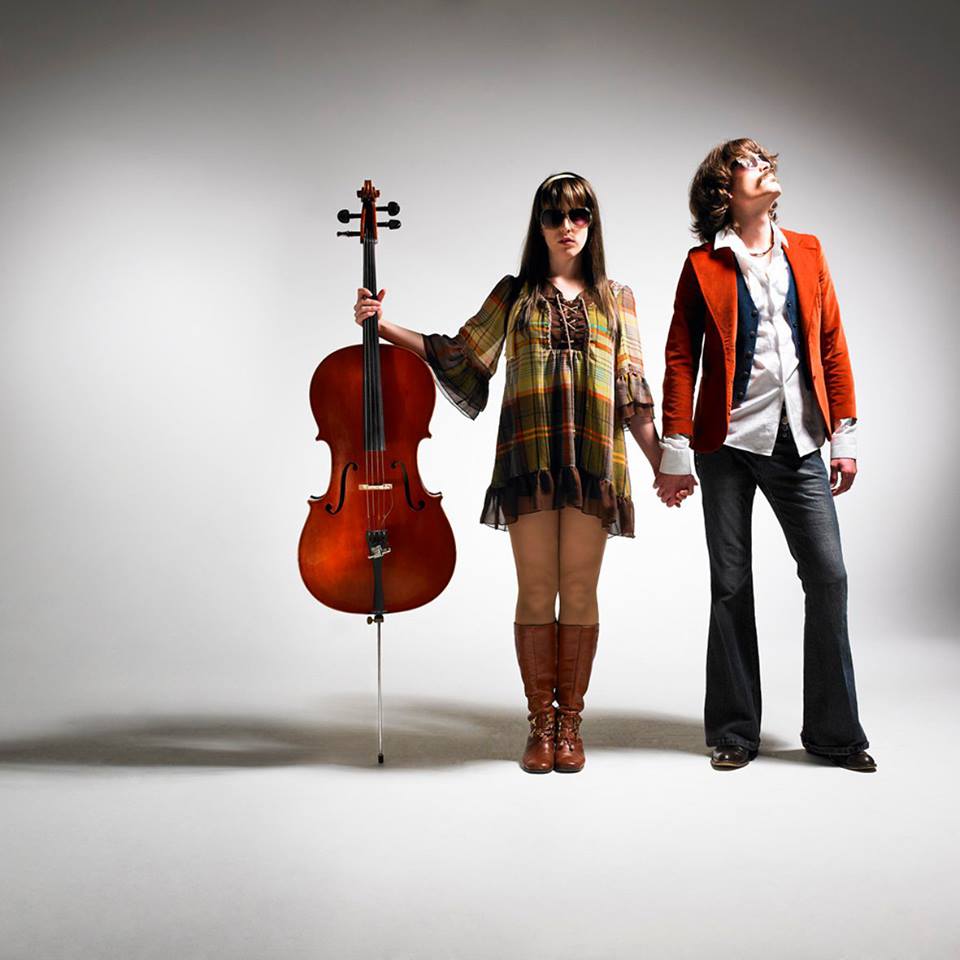 The April Maze are an Anglo-Australian husband and wife duo who play beautiful folk music. Sivan Agam and Todd Mayhew have very different voices, and they combine with some quite lovely harmonies, backed by an unusual mixture of cello, guitar and banjo that works very well. The feel is of a vintage folk duo out of San Francisco, although in reality Todd hails from Melbourne and Sivan from Oxford.

The April Maze have produced two albums down under, Recycled Soul and Two, and this release has tracks from both as well as two new singles. It is a limited edition release only available at live shows in the UK, and serves as a good introduction to the duo, the music soft and warm and the tone soulful. The folk story telling tradition is demonstrated in some lovely lyrics, often dark and talking some difficult subjects, yet there is a lightness of touch to the delivery.

The fine opener Will I Ever is a mournful song with a tremendous emotional depth. The gentle banjo plucking behind the twin vocals adds melody to a track that is dark but not depressing. Tumbleweed also stands out, Sivan’s soulful voice soaring over gentle guitar to great effect. And the latest single I’ve Seen The Rain is perhaps the pick of the album, its upbeat chorus sung over a steady drum beat lifting it into something close to folk rock territory.

Most of the songs are slow paced and stark, letting the vocals really shine through. Don’t Let The Bastards Bring You Down, a song about standing up to bullies has an acoustic blues feel and a cold defiance that chills. Protest Song also has a bold and rebellious feel. Salt Water, the album’s longest track coming in at over five minutes, grows steadily and softly, the cello providing real depth while the banjo again picks out a melody behind the strong vocals.

There are three covers on the album. The Hooters’ And We Danced is very much slowed down, yet the euphoric feel of the original is somehow maintained. Two Beatles songs are also featured – I’ve Just Seen A Face from Help!, is an upbeat love song that takes on a country vibe, while the closing Two Of Us from Let It Be is superbly delivered; indeed it could become the duo’s theme song.

On the basis of this collection it is safe to say that The April Maze are a talented duo with an offbeat musical style that is emotional and pleasing. An album of new material is on the way, expected later this year along with some UK dates. I have a feeling that The April Maze will be well worth seeing live.