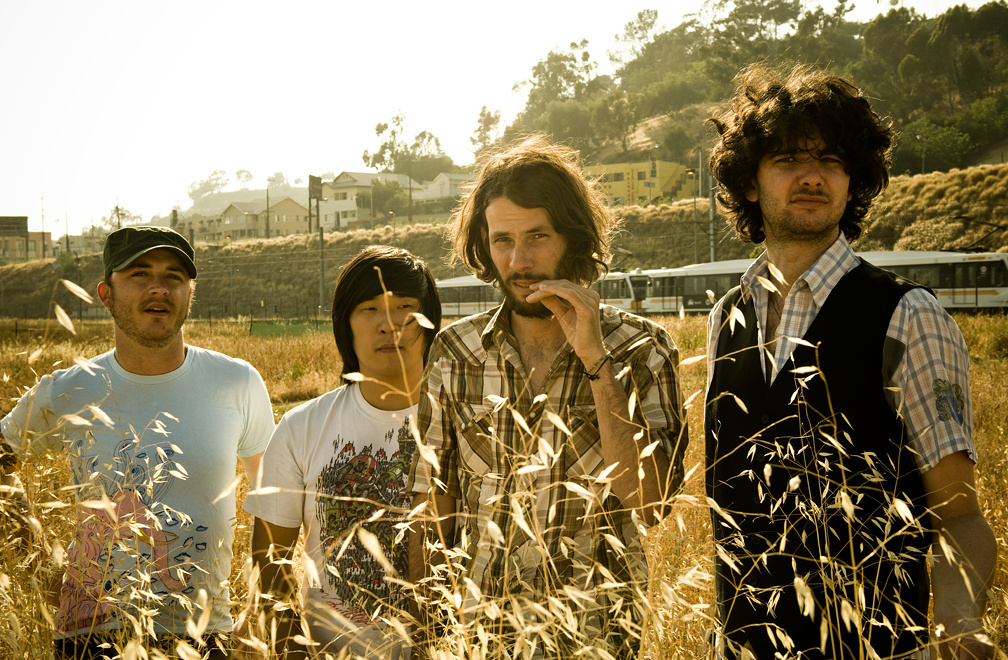 We sent out resident punk rock guru Alex Fisher down to speak to Californian legends RX Bandits who recently celebrated the 10 year anniversary of their album The Resignation with a special Tenth Anniversary Tour.

They talk about what they got up to in their time off, sour label relationships, being children of the Flower Power generation and much more.

Ignore the fact that guitarist Steve Choi is lying down and in his own world, he’s getting a tattoo. Obviously.