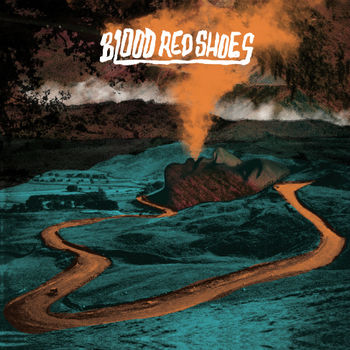 Alt-rock duo Blood Red Shoes have long since established themselves as the quiet heavyweights of the garage revival scene – one of those bands that people always seem to have heard of, but heard very little by, but that might be about to change. Brighton-bred Laura-Mary Carter and Steve Ansell have been slowly but surely plugging away and building up a fanbase with their last three full-lengths, but in taking the reins into their own hands and self-producing their fourth album, they seem to have hit on something special.

In releasing lead single ‘The Perfect Mess’, the duo garnered a massive response on their Soundcloud account – instead of revealing the song by conventional means, a QR code treasure-hunt of sorts was set up, by which 10 QR codes were hidden in different cities across the globe, to be scanned before fans were allowed access. And it was worth the wait.

The record is all sludgy, funky synths and bucket-loads of attitude, embodied fully in ‘Speech Coma’. Fans of early Neon trees and the latest Arctic Monkeys will find something familiar here, and are more than likely to be drawn in by Laura-Mary’s sexy, eerie vocals, which are perfectly showcased on the chill-inducing ‘Stranger’ and ‘Tightwire’.

All in all, a truly solid record – the band are touring the UK through April and chances are, the venues they play are likely to be a little fuller this time round.