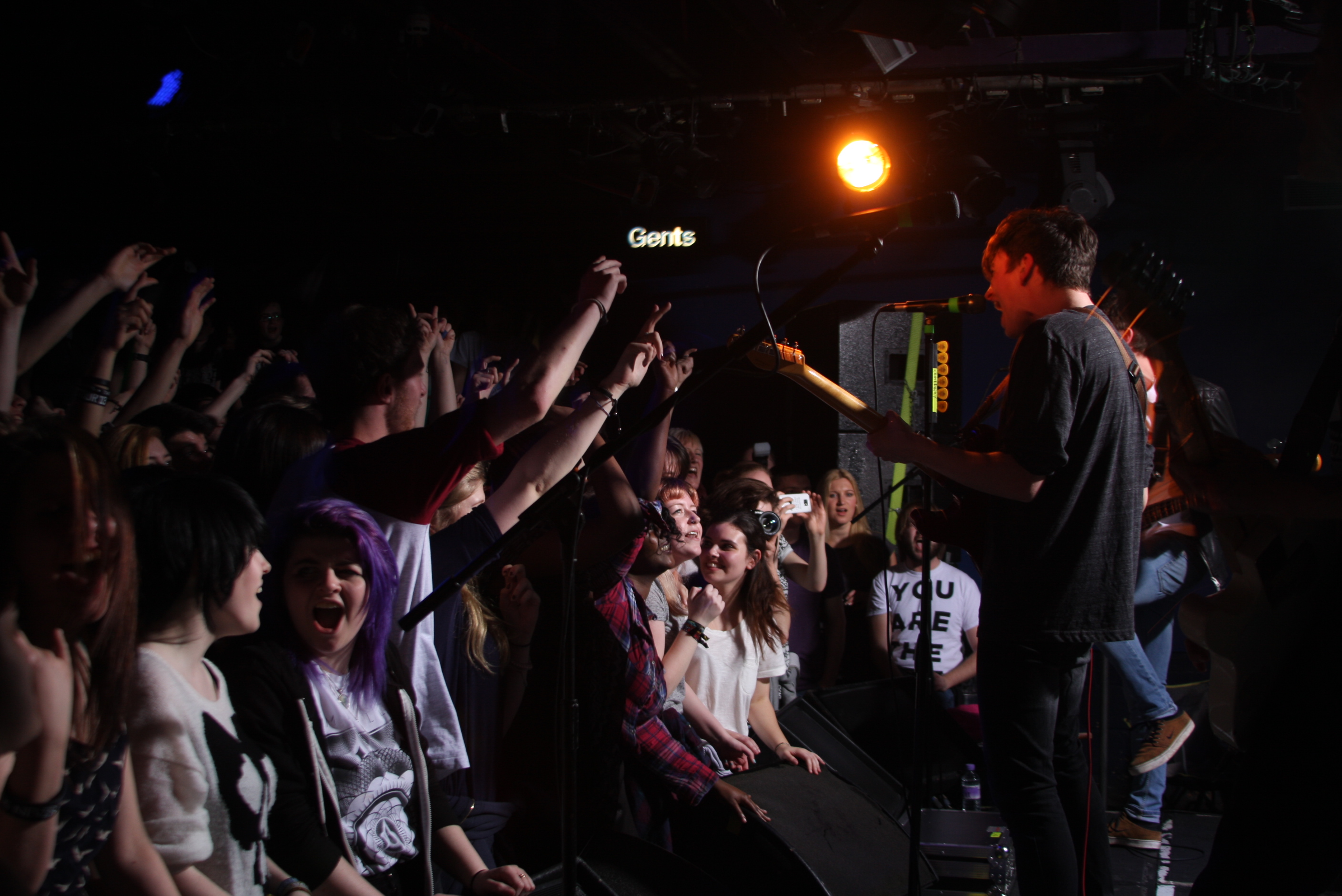 Three bands, the final date on the tour, a sell-out crowd and a swelteringly hot venue, the expectation of a brilliant night is what met Big Sixes as they opened at Dingwalls. A warm-up act is far too menial an adjective to describe Big Sixes, but there was something lacklustre about the folk-infused rock hits, perhaps it was just the lethargy of the rest of the tour. A fantastic noise vocally, with the dual vocals making for a beautifully intimate sound, and some strong choruses that were missed by many as the queue was still way out the door. All this aside, they had the best marketing on tour…

3 members of Blitz Kids took to the stage 15 minutes late, and explained to the crowd that they had had some vital equipment stolen from the venue during the day. To say they looked demoralised was an understatement, close to tears they then announced that they were going to do an unrehearsed, unplanned acoustic set, which went down well with the crowd. Drummer Matt watched from the side of the stage whilst the boys battled with what must have been a hard task. Although not the best they’ve sounded, frontman Joey’s emotions were raw, which seemed to give the lyrics more meaning, and it was very difficult for them not to sound great with pretty much the entire room singing their songs back at them. Once the crowd started the mood lifted slightly, which was evident from Jono and Nic’s new burst of energy and happiness. Credit where credit is due – they did a blinding job considering this was the show they were preparing for all tour.

Canterbury provide a much more uplifting set, rarely putting a foot wrong with a super tight set, it still begs the question of why this band are not far bigger than they are already. Packing punches with heavy riffs, melodic down songs and brilliant pop, it is clear they still wish to be undefined by their influences. They played a long set, not that this was meant in a negative way, but they managed to play songs off their most recent album and the couple before, not only keeping up their collective brilliance throughout but the momentum with the crowd too.

The songs they played ultimately showed that this small over-sweaty stage in north London is nowhere near big enough for a band of this calibre, with their playing of perfection and anthemic melodies. The crowd enjoyed it and even the bouncers around the venue didn’t seem as disgusted as they normally look.