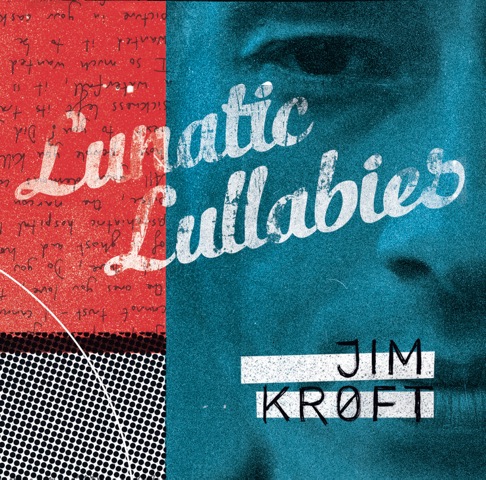 This is an album that in many ways I want to like. Jim Kroft’s story is full of setbacks yet somehow he carries on making music. And with little money for marketing the Berlin based Scot continues to work hard for what success he has achieved. Yet this new collection of twelve tracks falls into a comfortable rut of Euro rock with a pop sheen and ultimately fails to satisfy.

Kroft has a knack for producing a decent melody, but the layers of production on most of the songs give them a very similar sound. For an artist who prides himself on being an outsider, part of a musical guerrilla movement, there is something very mainstream about much of the album where it cries out for innovation. At times it is pleasant enough, but the feeling that something is missing just won’t go away.

There are moments of brightness though, and the two slower tracks on the album are the ones to stand out. The acoustic introspection of Through My Weakness suits Kroft’s rather thin voice very well, with a softer melodic tone that allows him to muse on past failings in an emotional way. The shimmering keyboards of the slow love song Memory Lane create a rich tapestry for the sensitive lyrics to shine.

Of the others, I Hope You Know has a decent upbeat chorus, while the keyboards on Hooligan Army add life to the track. Celebrate has a lovely guitar tone and The Loneliness Of The Vampire has great energy, although the overdone electronica adds far too many loops and swirls that clash with a strong guitar sound.

But there are several tracks that miss the mark. The high vocals of Threads don’t work at all, simply emphasising the limitations of Kroft’s voice. Bye Bye The Elbe has a great bass line but rather drags as the pace drops and layered vocals take over. And the closing Dreaming To Some Purpose mixes a hip hop beat with a deep organ tone, resulting in an odd sound that grates.

Jim Kroft has talent as a songwriter and the lyrical value of some of his songs very much deserves a better sound. The fact that the two softer tracks work so much better than the pop rock fusion of the majority tells us something. But overall this feels like an album of songs aimed at radio playlists. Perhaps in the end Lunatic Lullabies required a bit more of the lunatic and a bit less of the lullaby.