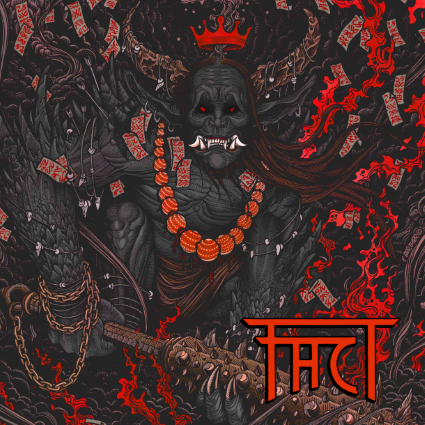 Known for wearing traditional Japanese Noh masks on stage and in their videos, FACT enjoy making fast tempo music, with the songs on ‘Witness’ coming thick and fast. ‘Witness’ is the fifth album from FACT, a band who have been around for a while and gained a great deal of success in their home country of Japan, but as yet have failed to make much of an impact in Europe or the US, despite tours with bands such as Memphis May Fire and Senses Fail.

From the moving ‘circling’ which is bound to stir up all the emotions inside you, to the more fun ‘ape’ with its added tarzan chorus of monkey noises; FACT have managed to cram hardcore, metal, pop punk and scream into one album.

Although most of this is quite successful, including the first video single ‘Miles Away’, and ‘2-1‘, and with more melodic hooks just around the corner in the tracks that surround it, with meaty drops and heavy riffs, which all work in their own right, there is a lack of flow throughout.
‘Witness’ has a unique sound and some great tracks, but there’s something that keeps it from feeling like a great album. It feels like a collection of songs, with no thread or theme tying them together as a complete, cohesive package. It feels like something written with the stage in mind, and it’s easy to imagine these tracks working well in a live setting, but there’s something missing from a home listen. Hopefully this will be the album that gets them more recognition as they deserve, with an album that is set to be outstanding on stage.