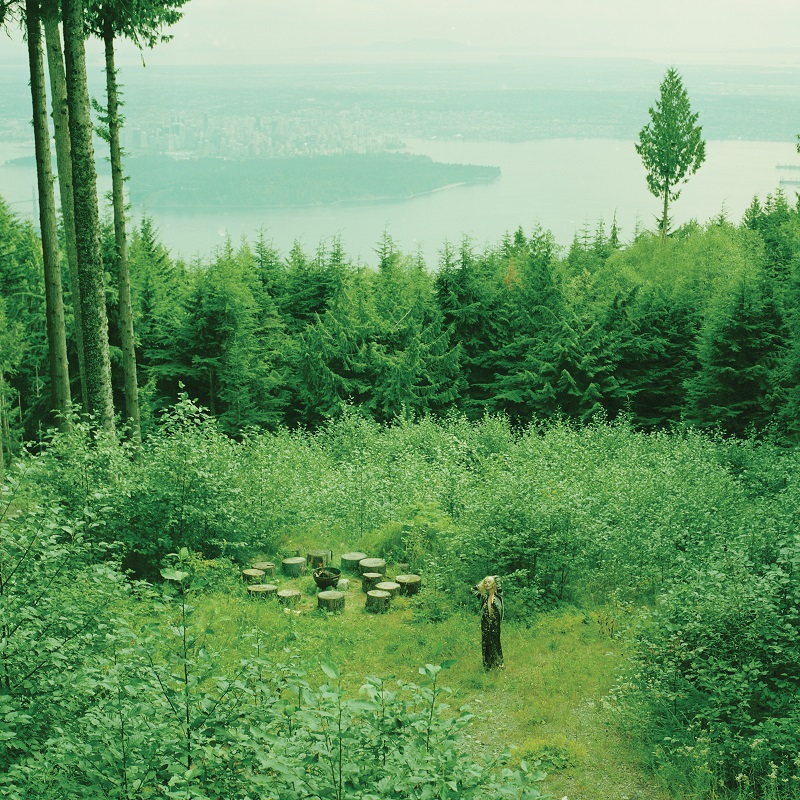 Then Thickens – Death Cap At Anglezarke

What would you expect from this new sextet featuring the frontman of masked psychos KONG and an ex-member of Rolo Tomassi? Probably something a lot more experimental and a lot less melodic than the output of Then Thickens, who, it turns out, actually crank out a surprisingly mainstream brand of anthemic lo-fi college rock – and they’re doing it very well indeed on Death Cap At Anglezarke.

Opening track ‘Heaven Won’t Wait’ is a suitable taster of the rest of the album with its LCD Soundsystem-reminiscent keys and a chorus made for a euphoric festival crowd to sing along to. Like a younger, more switched on Elbow with a bit more swagger and a few less arthritic pains, Then Thickens have a way with a hook and there’s no doubt that it’s front man Jon-Lee Martin who ‘s driving this particular vehicle. The overdriven lunacy of KONG has been traded in for a blissful and warming fuzz that gives his longing vocal a powerful platform, along with his confessional lyrical approach which is most evident on the early Weezer drone of ‘Any Other Thing’, a track which would be perfectly at home on the former’s Blue album. The melody driven guitar solo on this one is a particular highlight – simultaneously understated and grandiose like that moment in Buddy Holly that makes the hairs stand up on the back of your neck every time.

Elsewhere on ‘Death Cap’ there’s a bluesy, sticky, desert-rock grind that unexpectedly collides with an early 90’s Brit-rock vocal to staggering effect. For the most part you forget that Then Thickens are a band from Chorley in Lancashire and that perhaps the creeping influence of the Manchester sound is unavoidable – it’s certainly not a bad thing in their case and gives them some tangible identity in the swamp of US bands peddling this sound. A quiet breather in the form of ‘Ritalin Love’ shows another string to their bow with its melancholy march and vocal harmonies and it’s here that hints of The National shine through in the slow-burning crescendo. Whilst it makes for an interesting interlude and a welcome change of pace, Then Thickens are certainly at their best on their more up-tempo material as the rock solid bass line of ‘Mathew’ quakes with echoes of The Verve and Richard Ashcroft.

It’s the Northern grit of Martin and his bandmates that gives this band their immediate appeal but also the rain-soaked pensiveness that drives the machinery for a deeper, longer lasting infatuation – there’s honesty and a grounded sense of reality ingrained in every note and as the radio-conquering chorus of latest single ‘Tiny Legs’ belts out, the spirit of Martin’s cooing “let the sun come out of the clouds of doubt I’m in” is perfectly envisioned in the anthemic closing strains.

The album as a whole is an intriguing swirl of US college rock, slacker influences and big, brash, Brit-pop and indie that, though from a tiny acorn, has plenty of potential to mature into something very special indeed. There are some enormous moments on Death Cap At Anglezarke that mark this band out as an undiscovered diamond in the rough, take our advice and give this release the time it deserves, you might just find it manages to crawl very deeply under skin and refuses to go away. As Martin wistfully remarks on ‘Tiny Legs’, it seems that with band like Then Thickens on the rise recently “the truth started coming back in style” – if you’re looking for something real to get your teeth into, you could do a lot worse than this little gem.