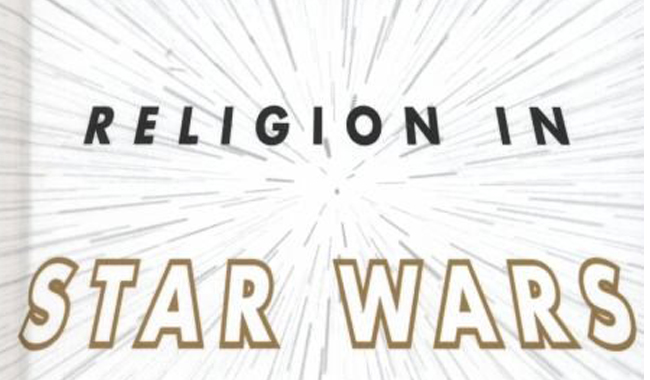 Sex, Politics, And Religion In Star Wars: An Anthology Review

To state that Star Wars was and still is the biggest phenomenon in cinema is no throwaway remark nor is it an overstatement. The first film (now of course re-titled Star Wars Episode IV: A New Hope) was released in 1977 and to first generation fans like myself we became hooked. It wasn’t too long before it permeated into daily speak and into culture with words such as ‘Jedi’, ‘Wookie’, ‘the Force’ and ‘Darth Vader’ among others would be used in everyday language and everyone would get the reference. Still today to a new generation of fans, such as my 8-year-old son and his friends Star Wars is among one of the most important things in their lives. My son eats sleeps and literally drinks Star Wars (or from a Star Wars bottle anyway). I would like to take the credit for this, but he and his friends found it for themselves (proud and not complaining you understand). This is credit to the creator of the phenomena: George Lucas. A new book, ‘Sex, Politics, and Religion in Star Wars: An Anthology’ is a follow up book to a previous release by the same authors, ‘Myth, Media and Culture in Star Wars: An Anthology’.

One of the chapters in the intellectual study of the phenomena and the films, ‘The War for Star Wars’ written by Matt Singer studies just this. Singer’s argument is that Lucas was a control freak (a compliment as a filmmaker) who feared to the point of paranoia about studio interference; he has often commented about how the evil Empire of the films represented the studios who had interfered with his first two films. During the negotiations for the first film in the mid-70s Lucas agreed to take a small salary in return for merchandise rights – seen at the time as a crazy idea but then Jaws came along and hinted at how you could merchandise a film. Star Wars fell into a league of its own. Still today figures sell by the millions of units, as does Lego, posters, spin-off books and DVDs, plates, bottles, bags you name it and The Clone Wars spin off. Lucas has become the thing he hated the most – the head of a huge Empire all of his own that includes Lucasfilm and THX as well as Star Wars related stuff. It is particularly in this chapter, although it is referenced elsewhere what a complex character Lucas is, and not always has the support of the franchise’s fans.

One word that is not mentioned in the book is Postmodern – the thing that best represents the phenomena and vice versa. A couple of the chapters explore the influences of Eastern religion or Judaic Christianity on the films, from the look of the Jedi kimono-like costumes, to the meditative aspects of the Jedi and Yoda (Yogi?). There is also a samurai code in the Jedi Knights. Other chapters deal with the notion of the Force itself (again Eastern religion) and Transcendentalism. The chapters are quite discursive as two others deal with Lucas’s upset at Ronald Reagan’s nuclear defence missile programme being titled ‘Star Wars’. Other chapters deal with the sexual politics and psychoanalytical aspects of the films such as the feminist struggle and empowerment of Princess Leia and Princess Amidala for a feminist voice in the films.

One of the more entertaining chapters deals with Freudian analysis with a title that speaks for itself: ‘George Lucas and Freud’s Anal Stage Manifestations of Excretory and Vaginal Fear in THX-1138 and Star Wars’. Basically the chapter is saying that Jabba the Hut is a big pooh! Yeah right, tell us something we don’t know. It explores excretory aspects further such as Luke literally falling out of the bottom of Cloud City in Empire Strikes Back. Elsewhere the author sees vaginas and buttholes everywhere in the film. Of course in a Freudian/Lacanian/Kristevian study this is true. Psychoanalytic readings can be made throughout the Star Wars saga highlighted again in the final chapter on the film one contributor considers the best of them all, Star Wars Episode V: Empire Strikes Back (1980) in which we witness the Oedipal relationship between Luke Skywalker and the man we now learn is his father, namely Darth Vader. In this film Luke wants to kill his father and at the moment of truth Luke is symbolically castrated when his hand is severed from his arm. Another chapter in the book stretches ideas and readings too far in its claims to homosexual desire in the myriad of Bromances in the film de wit that between Qui-Gon-Jinn and Obi-Wan-Kenobi and Obi-Wan and Annakin Skywalker and from the later chapters the Bromance between Luke and Han Solo. While these are relevant readings I don’t think they should be read to the degree taken with this book.

However, this is a very entertaining study of the films, of a series of films that need no new viewing to understand every aspect of the films studied, so familiar are they to this reader. Some chapters of course are more entertaining than others. Sadly the cover of the book is a little dull and there are no illustrations inside (none were probably needed) but a series of annotated plates may have provided witty under titles to the text.