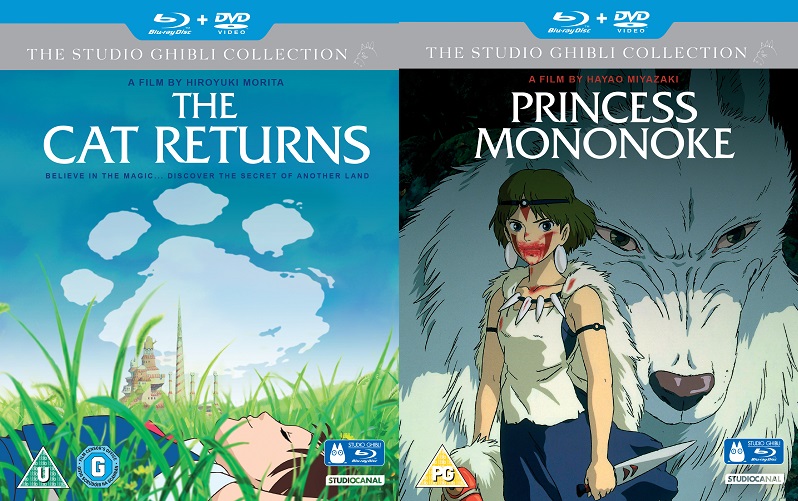 Available for the first time on Blu-ray in stunning high-definition, cult Studio Ghibli films Princess Mononoke and The Cat Returns are out now on Blu-ray Double Play courtesy of STUDIOCANAL.

Mononoke was the first Studio Ghibli film to have major success outside of Japan and is celebrated for both clever visual design and smooth animation. A cult classic, this one is a treat for fans of anime and fantasy films alike, whilst The Cat Returns was originally planned as a twenty-minute short film but was later extended to full feature-length from the storyboards that Hiroyuki Moritas translated from Aoi Hiiragi’s Baron: The Cat Returns story.

To celebrate the release we’ve got 2 copies of each movie to give away on DVD and winning couldn’t be any easier:

Entrants must be residents of the UK, one entry per applicant, competition closes Friday 30th May 2014. Winners will be selected at random and notified via Twitter.